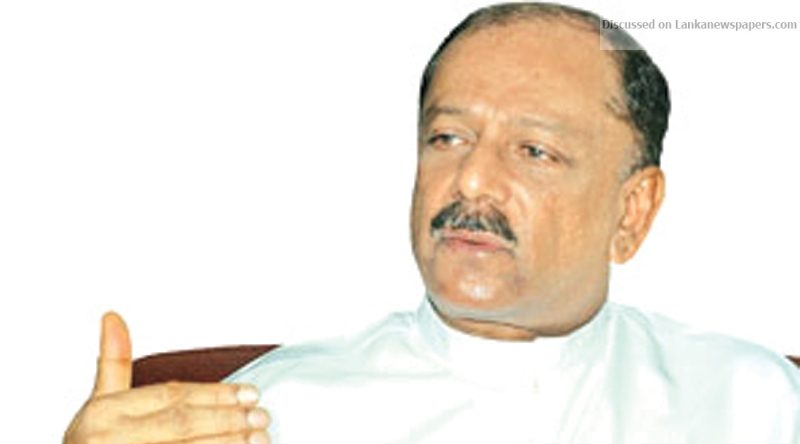 The country’s economy was on the brink of collapse with the US Dollar exchange rate reaching Rs.180, Mahajana Eksath Peramuna (MEP) Leader Dinesh Gunawardena said.

The Parliamentarian was speaking at a press conference recently held at the MEP Headquarters at Maharagama.

If the Rupee were to depreciate any further, it would disrupt the livelihood of the nation, he said.

Although the government had one and a half years more to complete its term of office, its actions did not win the confidence of the public, the MP said; even when an alleged conspiracy against President Maithripala Sirisena and former Defence Secretary Gotabhaya Rajapaksa came to light, the government was slow to take action.

MP Gunawardena said that most proposals made by the United National Party in the coalition government had been criticised or rejected by President Sirisena.

The country was facing a trade deficit as imports were in excess while exports dropped, he said, adding that although the government had pledged to set up a Volkswagen factory at Kuliyapitiya, as well as provide free Wi-Fi, they had not yet received any foreign investments.

The Board of Directors of the Bank of Ceylon and the People’s Bank had been made to resign from their posts. Such action would result in the loss of investor confidence and would aggravate the prevailing economic crisis, he added.