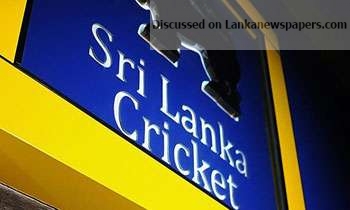 SP Gunasekara said the officer was arrested after SLC CEO Ashley De Silva filed a complaint with the Police over a fraudulent incident of SLC’s Media Rights Sponsorship Funds being transferred to an offshore account.

The investigation into the complaint was then handed over to the Criminal Investigation Department (CID) by IGP Pujith Jayasundara.

The Spokesman said the Chief Financial Officer was arrested over alleged financial fraud occurred during the South African tour in Sri Lanka in July this year.

He said Sony television had made 85 per cent payment to the SLC. But the suspect financial officer had informed Sony company to deposit the 15 per cent payment (USD 187,084) to a private account in USA. Sony had made the payment accordingly.

Afterwards, the suspect had again asked Sony television company to deposit 50 per cent payment of the Media Rights Sponsorship funds of the ongoing bilateral series between Sri Lanka and England, to the offshore account.

Sony, which had not made the deposit to the offshore account, had informed the SLC.

The suspect was arrested at his residence in Homagama. He is to be produced at the Fort Magistrate’s court tomorrow (23)