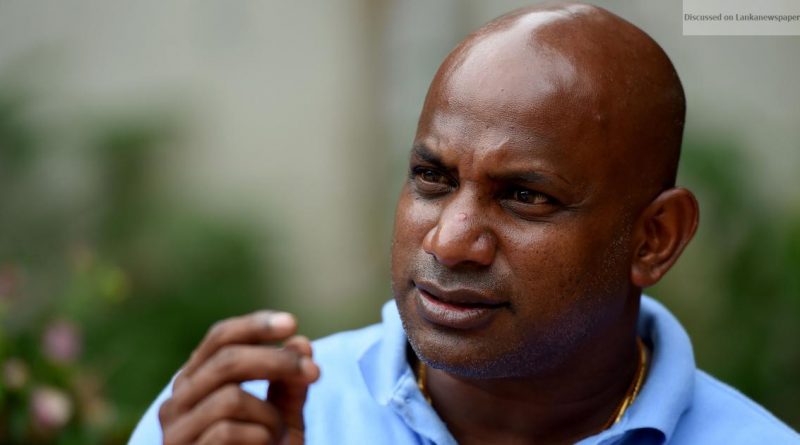 The International Cricket Council (ICC) yesterday charged former Sri Lanka captain Sanath Jayasuriya under its Anti-Corruption Code. Jayasuriya, had two spells as Chairman of Selectors, the latest being from June 2016 to Sept. 2017 and it is believed that his second term has come under scrutiny. The 49-year-old has been charged with two offences under the Anti-Corruption Code.

Jayasuriya has to respond to the ICC before Oct. 31 and, depending on what he does, a further course of action will be decided on.

Pleading guilty to the first charge will see Jayasuriya being suspended  from six months to five years while the second count carries a suspension of zero to five years.

If Jayasuriya pleads not guilty, a commissioner will be appointed to hear the case. ICC’s Anti-Corruption Unit, which pressed charges has to come up with evidence and prove that Jayasuriya is guilty while Jayasuriya will be given an opportunity to prove his innocence through his lawyers.

Jayasuriya has not been provisionally suspended for foul play. The charge has nothing to do with match fixing or spot fixing but refusal to cooperate with investigations.

Jayasuriya was interviewed in Colombo in the first week of October last year soon after his contract with Sri Lanka Cricket ended.

The Island learns that the ICC has been conducting investigations since 2015 when Galle curator Jayananda Warnaweera was suspended for three years for not cooperating with the Anti-Corruption Unit.

The investigators are believed to have received some leads in 2015, which led to comprehensive investigations and eventually charging Jayasuriya.

The charge against Jayasuriya has got nothing to do with the recent Al Jazeera documentary that exposed corruption in cricket, The Island can confirm.

Last year’s series against Zimbabwe, which Sri Lanka lost, is possibly being investigated by the ICC.

An ICC team was in Colombo earlier this month to conduct further investigations and the officials are now back in Dubai at the ICC headquarters. Apart from meeting government officials and requestion for enacting laws to criminalise corruption in the sport, the investigating team headed by Anti-Corruption Unit head Alex Marshall interviewed a former fast bowler and a manager of the coaches’ department.

Jayasuriya is the most high profile Sri Lankan so far to be charged by the ICC.