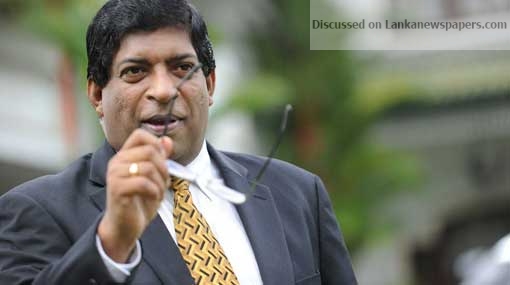 Since a case hearing has not been initiated at the moment under the Penal Code of the country with regard to the incident, the measure taken by the CID to name MP Ravi Karunanayake as a suspect is unlawful, Chief Magistrate Ranga Dissanayake stated, issuing the verdict on the complaint filed by the CID.

The Attorneys representing Global Transportation and Logistics (Pvt) Ltd had requested the court, at a previous hearing, to withdraw several orders issued on the relevant investigation.

However, the Chief Magistrate stated that issuance of these orders have been done according to the law.

Withdrawing the interim order halting the implementation of these orders, the Chief Magistrate then ordered the CID to carry out the orders that had been issued on September 14th.

Accordingly, the further hearing of the complaint was postponed to October 22 and the CID was ordered to report the progress of investigations on that day.