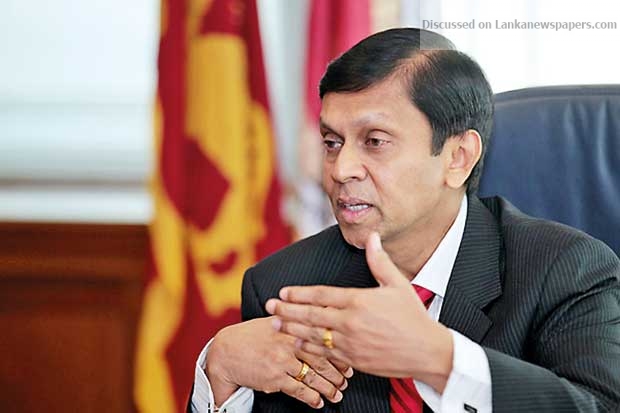 Woeful mismanagement of the economy coupled with the resultant steep fall in foreign reserves and the unjustifiable depreciation of the rupee will leave the government with serious cashflow problems in the future and the general public will have to stand in queues across the country every single day for hours at a time pushing, shoving and grunting for their basic necessities, such as, milk, sugar, soap and even bread, former Governor of the Central Bank Dr. Ajit Nivard Cabraal told the media in Colombo yesterday.

He said that the predictions he made six months ago have proved right today although few people took them seriously and this time too he is making this prediction having taken note of the government’s imprudent management of the economy.

‘Prime Minister Ranil Wickramasinghe has been complaining about a global economic crisis, seemingly in an attempt to show the public that the current economic problems are due to external factors. But this is not true. There is no global economic crisis currently. In fact, what we see currently is a positive trend in the global economic cycle. The average GDP growth of the world is around 3.9% . In the developing world the average growth rate is as high as 4.9%. The developed countries are growing at about 2.5% on average. So, to say that the country’s growth is impeded due to external factors is a lie, Cabraal said.

“There is also an attempt by some politicians to create an impression that the economic policies of U.S. President Donald trump have affected the global economy adversely. This is also not correct. It is not only the American economy that is growing, rest of the world is also progressing well, he said.

“The first action of the government when it came to power in 2015 was to freeze all infrastructure development projects starting with the flagship project of the previous government ‘the port city’. Not even the small and medium sized projects were spared. The economic advisors of the government failed to understand the economic implications of this shortsighted decision. It resulted in a chain reaction affecting economic activities across the country. Money circulation got affected. Many small and medium sized businesses had to be closed down. A large number of people lost employment. In such a context, the foreign investors became wary of economic policies of the government. Today the loan quantum has increased to Rs. 12 trillion from Rs. 7 trillion with nothing to show for it. Debt to GDP ratio has moved to 87% from 71%. Rupee has depreciated 9.1% per annum. Banks and micro finance companies are in a precarious situation. I saw news reports today of staggering amount of non-performing loans. These will lead to a plethora of economic ills which will present a dark era of queuing for food and basic goods for your family, he said.

Former SEC chair Dr. Nalaka Godahewa also made a presentation at the media briefing and illustrated how the government has put the country and its people into an economic abyss.