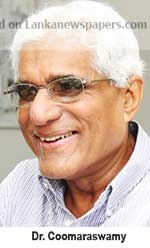 Sri Lanka’s largest retirement fund, the Employees’ Provident Fund (EPF),with Rs. 2 trillion in assets will be  listed in the Colombo Stock Exchange (CSE) and monitored and managed  under the  supervision of the Central Bank Monetary Board, Governor of the Central Bank Dr. Indrajit Coomaraswamy said.

“EPF has done a lot of preparation in consultation with the investor community and would be talking to trade unions to get their consent before listing. All day to day activities will monitor by a Deputy Governor and the Monetary Board will take all its decisions, the Governor told the media  at the October Monetary Policy briefing.  He said the opportunity for the EPF to invest in government securities is becoming less and the fund is becoming bigger. ‘Then we need to find other opportunities, he said.The EPF Department is currently observing the stock market to find the best bargains, Coomaraswamy said.

‘This is a buying opportunity. The Investment Committee will look at this, he said.”Some trade unions have said that they don’t like this. We will meet with them and discuss.,We will explain to them the safeguards taken to protect the funds. Only if they agree will the Monetary Board go ahead, he said.He said trade and investment guidelines have been agreed upon as preparation for the EPF becoming more active in the stock market, .Trade and investment guidelines for EPF assets are regularly revised, with the last revision happening in 2014, he added.The Governor said under the agreed guidelines, the Investment Committee will make a list of potential shares to buy with support from the CSE and the Securities and Exchange Commission, and forward it to the Monetary Board for approval.  EPF will not be able to deviate from this list. It will be restricted from buying other listed shares or unlisted shares, Governor said at the event.

“One trader can’t go and make trades like in the past. There will be CCTVs, voice records and training given to officials, he said.The 2014 guideline had not distinguished between listed and unlisted investments.”The Monetary Board has the discretion to invest in shares and debt instruments issued by private corporates, which are considered fit by the Monetary Board, the document said.EPF investments in listed shares are unlikely to go above 5 percent of the total portfolio, Coomaraswamy said.Even this would be a doubling of the fund’s exposure to listed shares. Coomaraswamy said the current investment in the stock market is around 2.5 percent of the portfolio.The EPF has been quiet in the stock market since 2016, when the fund made sales in blue chip shares, which then Governor Arjuna Mahendran had attributed to a need to boost liquidity in the fund, as members were given a new option to refund part of their savings to finance housing.Major acquisitions of shares had not taken place since the current government came to power in 2015.The fund would exit non-performing private equity investments when chances arise, he  said.”We need to wait till the market recovers a little bit. The investment committee will look at this, if there are worthwhile exits.  We have to see if there is a buyer also to buy some of this, the Governor added.