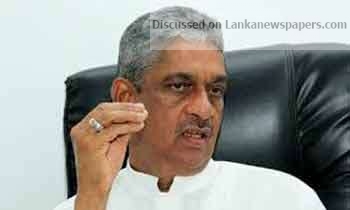 Minister Field Marshal Sarath Fonseka recently said that he had disapproved the moves of some MPs, who were engaging in scams by selling their vehicle permits.

Addressing the media followed by an event held in Colombo, Minister Fonseka said it was a well-known fact that some MPs engaged in scams by selling their vehicle permits.

“MPs have already received their vehicles permits by this time. I have purchased a vehicle using the permit that I have obtained,” he said.

“The country would face many issues during the next two years because of the debt burden. Prime Minister Ranil Wickremesinghe should take special measures in this regard,” he added.