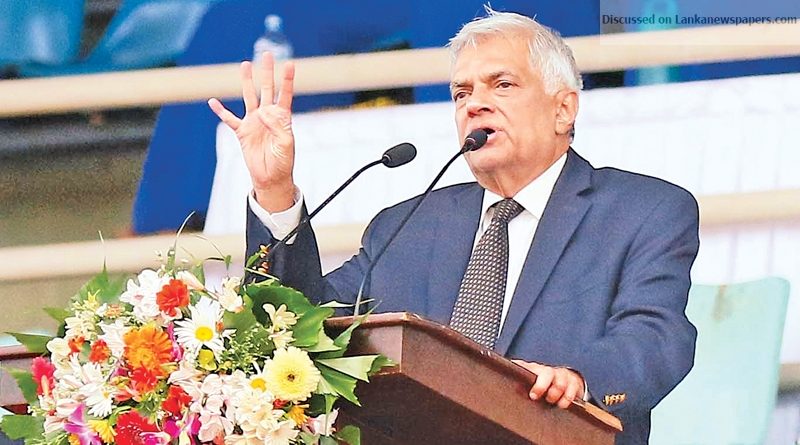 Prime Minister Ranil Wickremesinghe said that 500 sports centers will be setup in schools islandwide within the next three years representing all the districts to develop sports.

The Prime Minister made these remarks at the opening ceremony of the All Island School Games at the Sugathadasa Stadium yesterday.

Speaking further the Prime Minister said: “Our main intention is to develop extra circular activities through the schools that is why we have introduced the School Games. We are planning to set 500 sports centers with all the facilities island wide to every district within the three years. It will help to produce more medal prospective athletes at international competitions. I have told about this to the Minister of Education.

“We have sent athletes in every sport to the Asian Games but didn’t get a single medal. We want to set up a plan for athletes not only to participate but to win medals as well in the future,” the Prime Minister said.

The Schools Games which was initiated in 1986 is the brainchild of the Prime Minister who was then the Minister of Education. The all island School Games has continued to unearth promising young talent that has brought international glory to the country.

The opening day of the championship saw two new meet records being established in the U12 Long Jump and U16 discus throw events.

In the U16 girls discus throw Heshani Maheshika from Sebastian Balika Vidyalaya, Kandana erased her own record set in 2017 by throwing a distance of 38.98 meters. She had earlier registered a throw of 34.58m. Owini Chandarasekara of Bishop College took second place with a distance of 33.81m and Yelani Pabasara of Gamini MMV secured third place with 27.49m.

President Maithripala Sirisena will grace the closing ceremony on the final day on Friday.