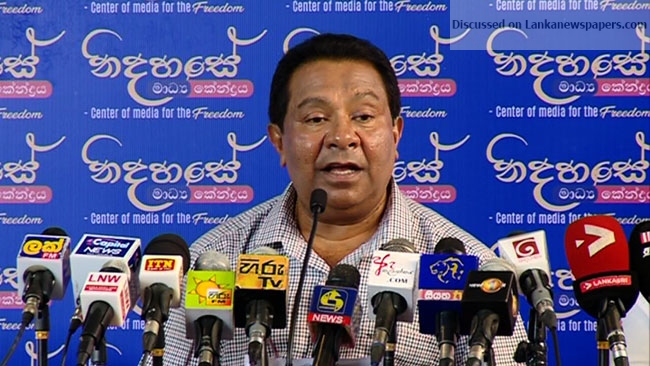 UPFA MP S.B. Dissanayake says that if the incumbent President Maithripala Sirisena and former Defence Secretary Gotabaya Rajapaksa are assassinated, the Prime Minister will gain the political advantage from that.

He made these comments while speaking at a press briefing in Colombo today (27), regarding the alleged assassination plot which had recently been uncovered reportedly targeting the President and former Defence Secretary.

Dissanayake also charged that the country’s Police is not controlled by Minister of Law and Order Ranjith Madduma Bandara and that it is controlled by the Prime Minister and Minister Sagala Ratnayake.