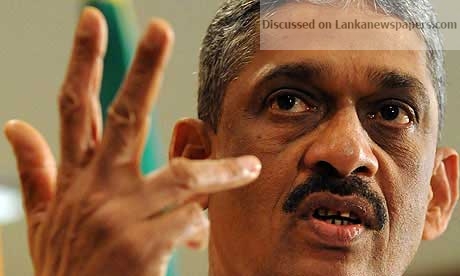 Minister of Sustainable Development, Wildlife and Regional Development Field Marshall Sarath Fonseka says that the allegations against Inspector General of Police (IGP) should be proven before he can be removed from his post.

He mentioned this responding to media following an even in Kiribathgoda.

However, the IGP is a special character and if there are any allegations against him, it should be investigated immediately, said Fonseka.

Both the accused and the accusers should be inspected and one cannot be removed from a post by simply just accusing them, further said Fonseka.

Just an accusation is not sufficient, the accusation should also be proved, he added.