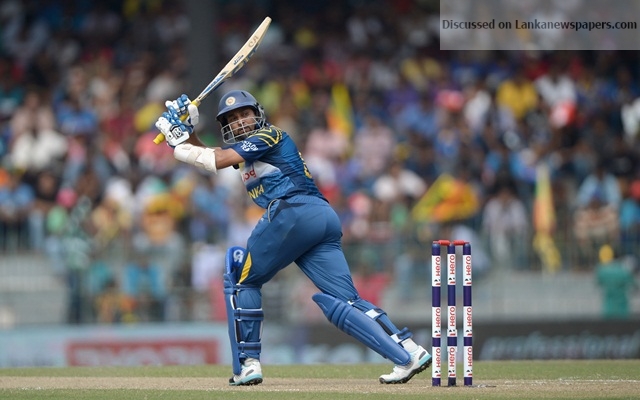 Former Sri Lanka cricketer and opening batsman Tillakaratne Dilshan has hinted at the fact that he could make a comeback to international cricket. The explosive batter, who’s famous for his gutsy ‘Dilscoop’, had announced his retirement in 2016 due to certain issues which aren’t entirely clear. However, a recent tweet revealed that the 42-year old could return to the international stage.

Sri Lanka have struggled of late, despite the return of strike bowler Lasith Malinga. The Lankans have already been knocked out of the ongoing Asia Cup after suffering defeats at the hands of both Bangladesh and Afghanistan. Azzam Ameen, a reporter and producer at the BBC, tweeted that considering teh current state of affairs, the former Lankan opener is tempted to think of a comeback.

“Former Sri Lankan Cricketer TM Dilshan (42) has hinted he could return to International Cricket since the national team is struggling. He told Lak FM radio that he wanted to play until 2019 World-cup but due to certain issues he had to retire earlier,” he wrote.

Dilshan last played for Sri Lanka in September 2016 in a T20 international against Australia. He only managed to score 1 run in that game, and Sri Lanka ended up on the losing side after a total of just 128 in the first innings.

What has Dilshan been up to?

Dilshan was recently involved in the St. Moritz Ice Cricket tournament in Switzerland, along with former greats Jacques Kallis, Mike Hussey, Mahela Jayawardene and Graeme Smith to name a few. He had also been plying his trade in the Hong Kong Twenty20 Blitz in 2017, representing City Kaitak.

Sri Lanka was humiliated by Bangladesh in the opening fixture of the 2018 Asia Cup in the UAE. Bangladesh scored 261 in the first innings thanks to a brilliant century by wicketkeeper-batsman Mushfiqur Rahim. In reply, Sri Lanka was bundled out for a mere 124.

The Lankans desperately needed a victory against Afghanistan to keep their Asia Cup hopes alive. However, their batsmen folded once again while chasing 249. Angelo Mathews’ boys only got to 158, thus crashing out of the tournament. Bangladesh and Afghanistan have hence qualified to the Super 4 from Group B. Meanwhile, Pakistan and India are already through to the next stage of the tournament.