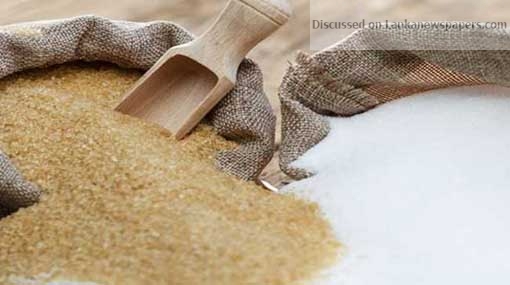 The Ministry of Finance and Media states that price hike of sugar will not be permitted as the international price of sugar has been drastically reduced due to excess sugar in the world market.

The import cost of sugar imported to Sri Lanka from the sugar producing countries such as India, Thailand and Brazil has been decreased to Rs 55 per 1 kg of sugar from the previous Rs 75.

The Special Commodity Levy of Rs 31 imposed on sugar to avoid any disadvantages on local sugar manufacturers, has been annulled and imported sugar has been placed under normal tax structure.

Accordingly, as per the new tax structure, effective from yesterday (18), the imported sugar per kilogram will be taxed Rs 42, under tariff, port charges and Nation Building Tax structures.

The press release issued by the Ministry says that sugar importers will still gain profit even after new tax rates are imposed when compared to the price reduction in the open market.

Therefore, if importers and distributers of Sugar increase the retail price of sugar, the government will take strict action against them under the Consumer Affairs Authority Act, state the release.

The maximum retail price of sugar has been removed with the intention of giving consumers the advantage as sugar prices have been regularly decreasing for the past several years.

However, if the need arises, the maximum retail price will be reinstated, the release further stated.