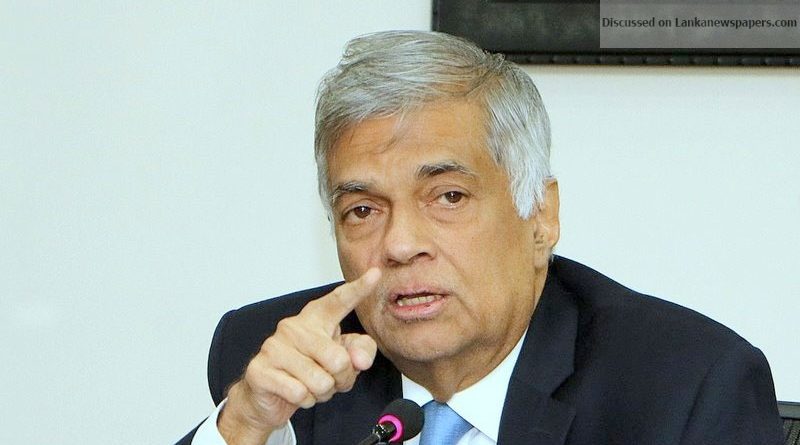 Prime Minster Ranil Wickremesinghe says that he would showcase the landmark changes in Sri Lanka , when he attends the 27th World Economic Forum on ASEAN in Ha Noi, Viet Nam, which is scheduled to commence today.

Wickremesinghe said that the Forum would provide him with an opportunity to inform the world of the milestones reached by Sri Lanka and its growing economic interconnection with the ASEAN region and beyond, that had laid the foundation to build upon the centuries old historical and cultural ties.

The organisers of World Economic Forum on Association of South East Nations (WEF ASEAN) which would run from September 11 to 13, announced that more than 800 leaders from business, government, civil society and media were expected to join ASEAN Heads of State , as well as several senior cabinet ministers from the Republic of Korea , Thailand and other countries, to discuss issues ranging from the region’s geopolitical friction points to entrepreneurship and employment in the Fourth Industrial Revolution.

The Prime Minister said that Sri Lanka had already begun preliminary discussions with another ASEAN country – Thailand , on a potential Free Trade Agreement (FTA). ” Formal talks were launched during the visit of the Thai Prime Minister to Colombo in July. This, too, is an important milestone, with Thailand taking over the ASEAN chair next year.”

At present, Sri Lanka has “Dialogue Partner” status in ASEAN, as a member of the ASEAN Regional Forum along with 26 other countries, he noted adding that his government would use the FTA with Singapore and potential FTA with Thailand, to bring Sri Lanka closer to obtaining Observer Status in ASEAN , with the goal of an FTA, as well as linking with the Regional Comprehensive Economic Partnership Agreement.

Wickremesinghe explained that the purpose of closer engagement with ASEAN was to generate more Foreign Direct Investment (FDI), diversify export markets and create new technology and people linkages. “ASEAN is important, as a source of FDI inflows and a market for our exports. ASEAN has and will be a major part of Sri Lanka’s growth strategy and its Engage Asia policy.”

The government, had set itself the target of doubling exports by 2020 as part of its new National Export Strategy launched recently, which laid emphasis on the diversification of exports by strengthening emerging sectors, to chart the next export growth cycle of Sri Lanka, he said.

“We have already delivered on increased FDI and record growth in both traditional and high-growth export industries, alongside our plan to redefine international trade relationships”, the Premier pointed out, emphasising that his government was confident in its ability to deliver on export targets.