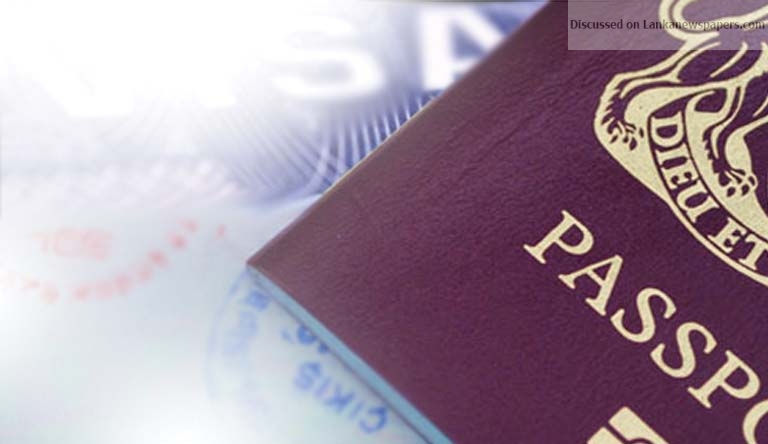 This is in connection with an incident that the D.A. Rajapaksa Museum and Memorial in Medamulana was built using public funds amounting to Rs.33.9 million.

When the seven accused appeared before Trial-at-Bar Bench comprising High Court Judges Sampath Abeykoon (President), Sampath Wijeratne and Champa Janaki Rajaratne they were ordered to be released on bail.

The Court also issued an order directing the Controller General of Immigration and Emigration that the seven accused be prevented from leaving the country and their passports be taken into court custody.

The Police post of Permanent High Court-at-Bar was ordered to obtain the fingerprints of all accused including Gotabhaya Rajapaksa, in order to ascertain their previous crimes records.

Deputy Solicitor General Dileepa Peiris appearing for the Attorney General informed court the prosecution will hand over several documents listed in indictments to the defence within a period of one week. He further said the Attorney General is expecting to conclude the trial as much as possible.

The court decided to grant bail to the accused in term of Section 195 of the Criminal Procedure Code.

The case was fixed for October 9.

The Attorney General maintained that Cabinet approval had not been obtained for the construction of the D.A. Rajapaksa Memorial Museum in Weerakatiya, Medamulana.

The AG further alleged that no legal agreement had been entered into by the LRDC and project officials.

It had revealed that the Navy had provided manpower for the construction on the verbal instructions of former Defence Secretary Gotabhaya Rajapaksa and on the written instructions of then Land Reclamation and Development Corporation (LRDC) Chairman, Harshan de Silva.

The Attorney General has listed 105 documents as production items in the case and further 80 individuals have been named as witnesses.

The Attorney General alleged that the accused have committed this offence between September 3, 2013 and February 2, 2015.

It has been revealed that business magnate Ashok Pathirage has been cited as a key prosecution witness in the case.

Pathirage was listed among the witnesses to testify in the prosecution of Rajapaksa and six other officials.

On June 4, the Court of Appeal had issued an order preventing Gotabhaya Rajapaksa being arrested under the Public Property Act regarding this magisterial inquiry.

The Court of Appeal made this order pursuant to a writ petition filed by Gotabhaya Rajapaksa.