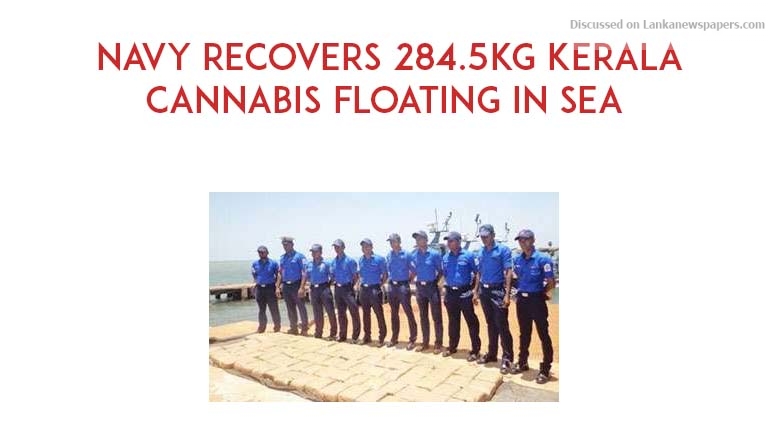 Some 284.5kg of Kerala Cannabis which has a street value of more than Rs. 30 million was recovered by the Navy in the seas off Iranativu island.

Navy said this stock of cannabis is recorded as the largest haul recovered by the Navy in recent history.

Naval personnel onboard 3 Inshore Patrol Crafts (IPCs) attached to the North Central Naval Command, during routine patrol, found the stock of Cannabis floating in the sea area on Friday.

Navy suspect that the haul of cannabis which has been packed into 95 parcels had been dumped at sea with the intention of bringing them to the shore later.

The haul of cannabis was handed over to the Mulankavil Police for onward action.