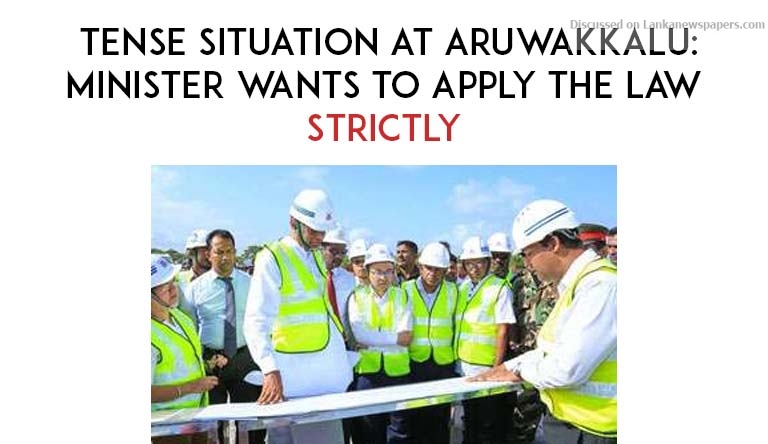 The Minister was in discussion with members of the Pradeshiya Sabha and Divisional Secretary of Wanathawilluwa last morning when a group of villagers staged a protest against the project saying that a drain has been excavated to release waste to the lagoon.

However, it was later revealed that the drain had been cut to take flood water to the lagoon as the development activities were affected during the rainy season.

The protesters have damaged properties of the development site and Minister Ranawaka had instructed the law enforcement authorities to apply the law strictly to those who damaged state property.

The protesters claimed that their place of living Aruwakkalu has been selected to dump all rubbish and waste from outside and as a result, the Puttalam Lagoon has been turned into a rubbish dump which they could not stand.

The Wanathawilluwa Police took much efforts to maintain law and order at the site and told protesters to resolve the issue with dialogue and compromise with authorities.

The project AHSWDP will see the transfer by train of solid waste in sealed containers from Kelaniya Railway Station to an engineering sanitary landfill site to be built in Aruwakkalu in the Puttalam District.

“The Environment Impact Assessment has been done in July 2015 after the present government came into power” the Minister Ranawaka pointed out. 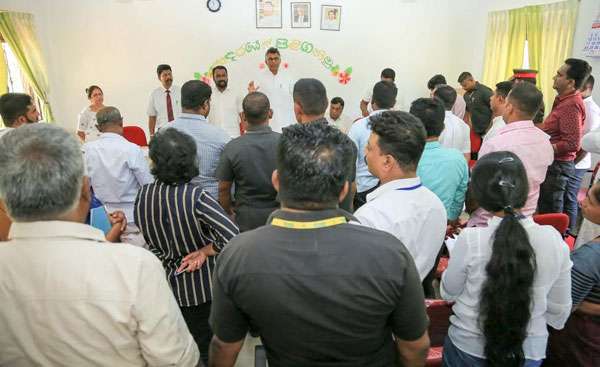