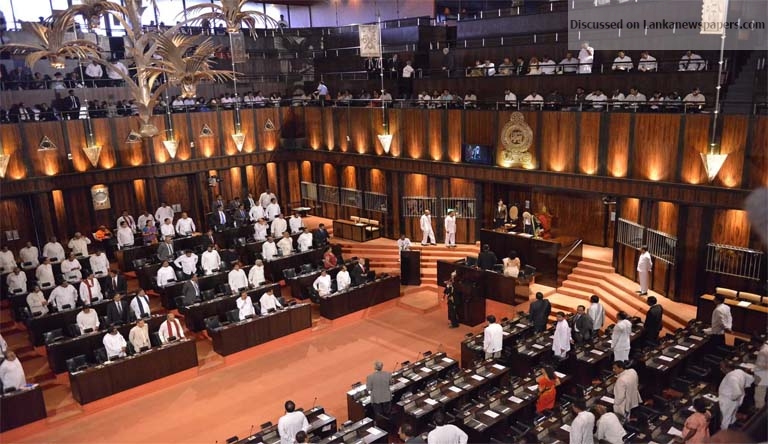 In order to obtain the Opposition Leader’s post in Parliament, the Joint Opposition (JO) is planning to leave the United People’s Freedom Alliance (UPFA). Responding to these reports, Constitutional Law Expert, President’s Counsel Manohara de Silva said yesterday (19) that the seats of JO MPs would come under threat if they were to resign from the Party on whose ticket they were elected to the Parliament.

When queried whether it is possible for the MPs to resign from their party with the intention of becoming independent members in Parliament, De Silva told Ceylon Today that such a move is technically not possible according to the Article 99(13) of the 19th Amendment to the Constitution.

He explained, “The Article in question indicates that, ‘Where a Member of Parliament ceases, by resignation, expulsion or otherwise, to be a member of a recognized political party or independent group, on whose nomination paper, which is referred to as the ‘relevant nomination paper,’ his name appeared at the time of his becoming such Member of Parliament, his seat shall become vacant upon the expiration of a period of one month from the date of his ceasing to be such member.’”

He added “If someone is expelled from a party, then he can challenge that decision by applying to the Supreme Court, by petition in writing. But if he voluntarily resigns from that party, technically his seat would become vacant.”