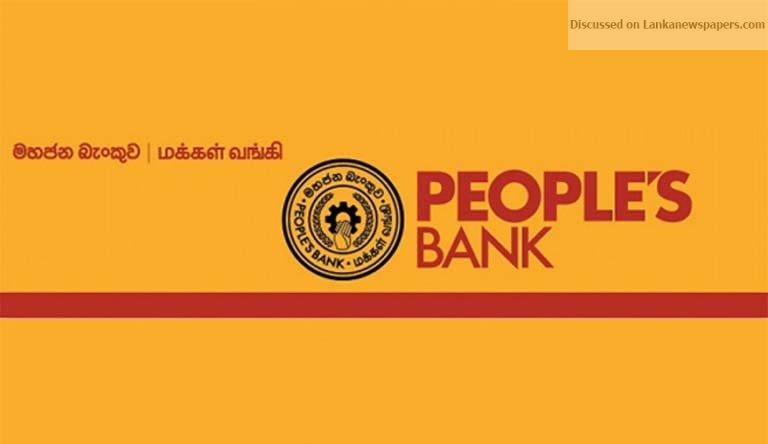 This was revealed when the Parliament corruption watchdog – the Committee on Public Enterprises (COPE) had opposed the extension of service of the incumbent General Manager Vasantha Kumara.

According to COPE Chairman Sunil Handunnetti, the GM of the People’s Bank is currently receiving a monthly salary of Rs 2.1 million which is paid through another management system providing company.

“They have come up with a formula where the salaries will be increased by 10 per cent annually. According to the board paper, the People’s Bank has already paid approximately Rs 36 million to the incumbent GM and another Rs 38 million to former Senior DGM as salary increment arrears.

The monthly salaries of General Manager, Deputy General Manager and Assistant General Manager are paid through this other private management system providing company and the Bank also pays Rs 35,000 per month for their service. When the COPE inquired as to why they need another company to pay their top officers salaries, the response we got from them was that to avoid others at lower management level from getting to know the salary disparities,” Handunnetti added.

The COPE also claimed that their investigations revealed that backup details of any of these payments are given to the finance division of the Bank or for audits and thus had issued a directive to do so immediately.

“Despite all these payments, the GM has also sought an extension of service after completing 60 years of age. We opposed this and also wrote to the Treasury Secretary about our concerns. This will definitely set a bad precedence. The Finance Ministry Secretary has responded to us acknowledging our concerns and has also mentioned they will inform relevant authorities not to go ahead with the extension,” Handunnetti added.

Meanwhile, COPE also found out that most of the top crucial posts of the Bank have been filled on contract basis for 9 to 15 years.
“While the top enjoy such perks the plight of the bank is what caught the committee’s attention. Under the recent digitization project of the Bank, there is an additional expenses payment of Rs 84 Million. We have asked for further details on that.