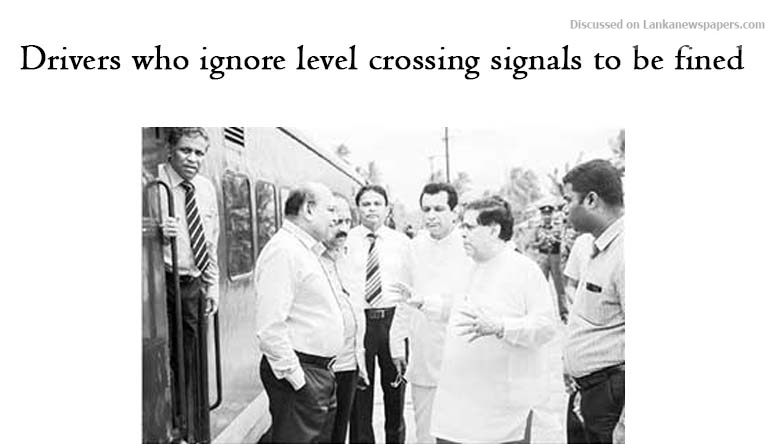 Silva said that laws had already been drafted to impose this fine. The Ministry of Transport was modernizing the railway signalling system across the country.

Minister Silva said: “We will install 200 new bell and light systems at a cost us USD 6.4 million. The project is implemented by a company affiliated to the Moratuwa University and they will be established at unprotected crossings and at places with bamboo gates. By working with Moratuwa University we can save money and also ensure that our workers gain experience.”

There are 1,337 railway crossings in the country and 526 sites have been protected. 75 accidents have occurred along the railway line. Between 2016 and 2018 there were 54 accidents along the coastal line. We have to put an end to it. Once the bell and light systems are implemented we will also establish CCTV cameras to monitor who ignores these signals. We will fine those who ignore railway crossing signals severely.”