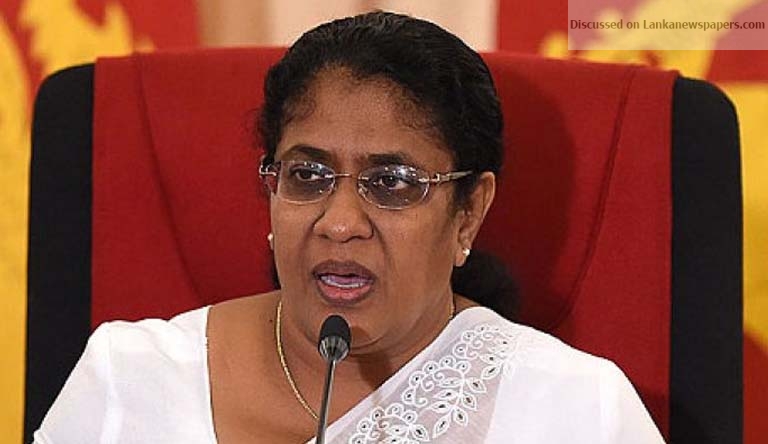 Minister of Justice and Prison Reforms Thalatha Athukorala says a prisons police has been set up instead of the prisons intelligence unit.

Speaking to media the Minister said steps will be taken to ensure the special police unit has legitimate and legal powers.

Minister Thalatha Athukorala said the Intelligence Unit was established in 2010 adding however even after 8 years they had no legal authority.

The Minister stressed no one held responsibility for their duties and the raids carried out by the Intelligence Unit adding the decisions they made were interrupted according to the requirements of higher officials and politicians.

Minister Athukorala stressed this cannot happen adding those who serve duty in prisons as officials must be disciplined, because the people in prisons are not like the people living under normal conditions in society.

Minister Thalatha Athukorala said the prison inmates must be treated with humanity adding the officials must ensure the rights of all of them equally.