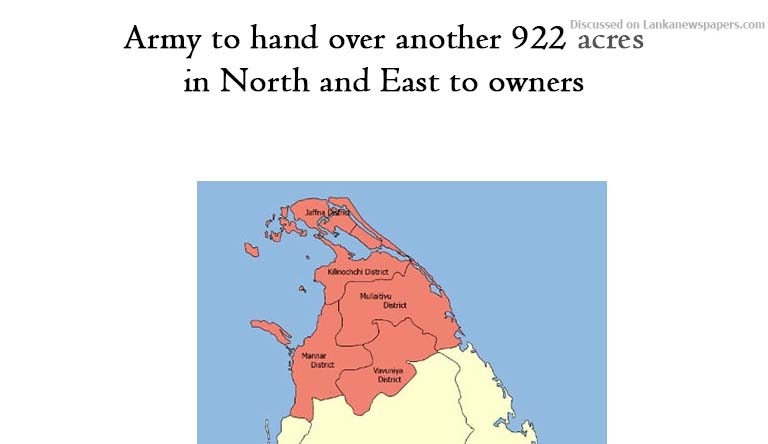 The Sri Lanka Army (SLA) will release nearly 922 acres out of the remaining 2600 acres of Army-held land in the North and the East to the rightful owners, soon, a senior Army official said yesterday. 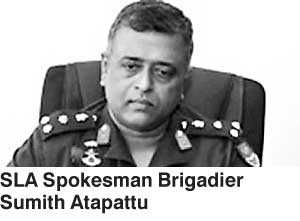 Keeping the Government pledge to hand over private lands acquired by the Army during the war, the SLA has released over 80% of State and private lands so far. This includes over 90% of the private land in Jaffna, Kilinochchi, Mullaitivu, Vavuniya, Mannar, Trincomalee, Batticaloa and Ampara, which were given back to the original owners.

“The SLA has vacated over 65,000 acres of State and private lands since the conclusion of the humanitarian operation in 2009,” the SLA Spokesman Brigadier Sumith Atapattu said.

According to the SLA spokesman, 19,000 acres of land remains, including nearly 16,500 acres of State lands, in the North and the East.

“We give priority to national security concerns when releasing land. The lands will be handed over to the Government agents in the respective areas and they will release lands to the rightful owners,” he said.