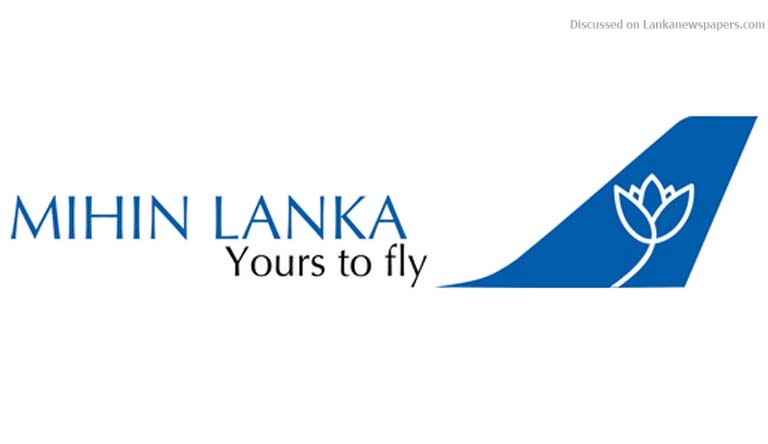 Sri Lanka’s Mihin Lanka, a failed budget carrier set up with ex-President Mahinda Rajapaksa’s brother Gotabhaya as Chairman had been given loans from state-run Bank of Ceylon without collateral amid repeated defaults and had been bailed out at public expense, a commission of inquiry heard.

Bank of Ceylon (BOC) Corporate Credit Division Relationship Manager Prageeth Balasuriya, who had joined the division in 2015, presented documents to the Presidential Commission of Inquiry looking into irregularities of SriLankan Airlines, Mihin Lanka and SriLankan Catering.

Balasuriya’s testimony showed that over 870 million rupees worth of temporary overdrafts Mihin Lanka had taken in 2007, to be settled in 2007, had been defaulted, until the government took a one billion rupee loan from BOC in March 2009 to settle the debt.

Some of the accrued interest had also been waived when repayment was made in 2009, costing BOC in revenue, he said.

Even for this borrowing, Lankaputhra and Mihin Lanka had only repaid 8.5 million rupees according to available documents, Balasuriya said.

Deputy Solicitor General Milinda Pathirana questioned Balasuriya whether it is normal to grant overdrafts without collateral or guarantees.

“Normally, we try to get collateral, but sometimes, the request made by the client is time sensitive, and documentation takes time. So, overdrafts are given. That’s what I think. I wasn’t in the division then to say for certain,” Balasuriya said.

In two instances, documents were unavailable to prove that Mihin Lanka had even requested borrowings, although the requests may have been made, Balasuriya said.

The loans had been approved by BOC’s internal credit committee and board of directors, he said.

Balasuriya said that most of the loans were taken for working capital requirements, urgent payments for aircraft repairs and fuel bills.

In addition to the temporary loans, Mihin Lanka had been given a Rs. 250 million permanent overdraft facility, Balasuriya said.

He said that in December 2007, Mihin Lanka had attempted to borrow Rs. 1 billion from BOC to restructure the overdrafts into a loan, but the bank had not approved the move.

Eventually the defaulted loans had been settled at public expense.

He said that by March 2009, following constant requests for repayment made by BOC on the overdrafts, the Finance Ministry Treasury Operations Director General had written to the Central Bank Public Debt Department Superintendent to take a rupee loan to repay Mihin Lanka debt.

He said that the government borrowed 1.4 billion rupees to repay the overdrafts on March 2009.

The government had agreed to repay the principal amount, and came into an agreement with BOC that it would only charge the average weighted prime lending rate plus 2 percent on the principal amount for the period up to end-2008, compared to penal rates charged for the overdrafts.

Therefore, the government had repaid Rs. 173 million in interest up to end-2008, he said.

For the remaining first three months of 2009, the government had requested an interest waiver of Rs. 168.3 million, which was also given, Balasuriya said.

Meanwhile he also said that a Rs. 1.65 billion loan Mihin Lanka took to repay fuel bills, and two 2.5 million US dollar loans taken to repay creditors since 2015 have not been settled, since Mihin Lanka is now in liquidation.

These loans were taken when Ajith Dias was Mihin Lanka’s Chairman, and the loans have Letters of Comfort from the Treasury, he said.

He said that BOC has requested repayment from the Treasury as well as the liquidator for these three loans.

Mihin Lanka has over 1.9 million US dollars in foreign currency deposits, but these cannot be used for settling debt, as the liquidation process has frozen the accounts, he said. (COLOMBO, August 10, 2018)