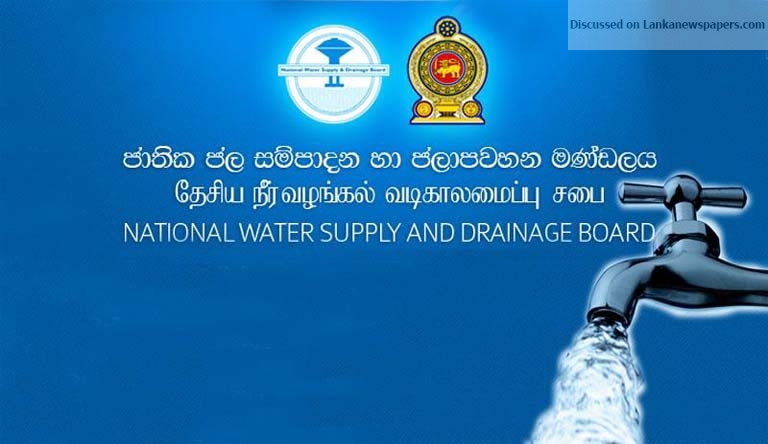 A revision to the water tariff will have to be made shortly, City Planning and Water Supply State Minister Lucky Jayawardena told Parliament yesterday.

He said the National Water Supply and Drainage Board is facing financial difficulties as its expenditure on water purification, distribution, new water supply connections, payments of salaries to employees and debt servicing has increased significantly.

He however said the tariff on the first 15 units of water distributed to low income families (Samurdhi category) will not be increased.

He said the date and amount of water tariff revision are yet to be finalised. He said water tariffs had not been revised since 2015.

The tariff for one unit of water (1,000 litres) now is Rs 5 for domestic users under the Samurdhi category, Rs 8 for domestic estate community and Rs 12 for other domestic consumers.

He noted as at December 31, 2017 the Water Board had an accumulated debt of Rs 178,637 million out of which Rs 54,434 million had been obtained from local banks. He noted the profits of the Board alone are insufficient to service this debt.

In addition the Board is also burdened with price hikes of electricity, chemicals and other materials needed, he noted.

He added the Water Board has recorded a profit of Rs 1,737 million last year. The State Minister was responding to a question raised by UPFA MP Dayasiri Jayasekara.

Jayasekara brought the attention of the state minister towards a foreign funded water project with bloated estimates, in which Rs 2 million each has been estimated to remove 27 trees to facilitate the project.

The State Minister promised to look into the said allegation.