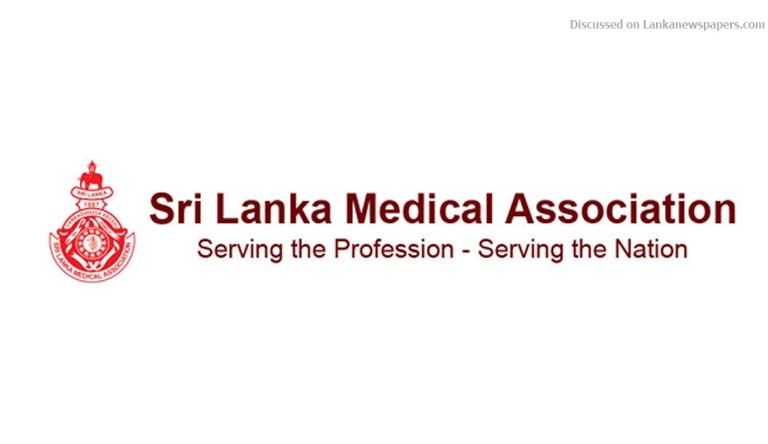 The Association of Medical Specialists (AMS) has turned down a request from the Government Medical Officers’ Association (GMOA) to explore ways and means of thwarting the imminent dissolution of the Sri Lanka Medical Council (SLMC).

Instead, Dr. S. R. Wijayasinghe, President, AMS, has requested the Sri Lanka Medical Association (SLMA) to convene a meeting to discuss the entire gamut of issues. Dr. Wijayasinghe has declined to participate at a meeting convened by the GMOA as a trade union.

The SLMA comprises doctors of all grades in the state and private sector.

According to the AMS, Dr. Wijayasinghe had received the GMOA’s request from its Secretary Dr. Haritha Aluthge on Aug 6 and made his position known to the GMOA yesterday.

A spokesperson for the AMS quoted Dr. Wijayasinghe as having said that a meeting to discuss a matter of this nature should be convened by a professional body like the SLMA and not by a trade union.

A senior GMOA spokesman said that collective action was required to prevent the dissolution of the SLMC in the wake of its Chairman Prof. Colvin Gunaratne quitting the post last Thursday (Aug 2). The spokesman alleged that Prof. Gunaratne’s resignation was all part a wider strategy to pave the way for the SLMC’s dissolution.

Dr. Padeniya vowed that the GMOA wouldn’t hesitate to launch what he called the worst ever strike in Sri Lanka’s history against Dr. Senaratne’s move.

Padeniya alleged that those who couldn’t stomach SLMC decision to deprive unqualified foreign graduates of registration and acceptance here as well as tough stand taken on the SAITM issue resulted in the move to reconstitute the SLMC.

Dr. Padeniya and Dr. Aluthge alleged that the government was busy destroying all existing institutions as part of its overall effort to undermine the country. They claimed that a section of the foreign funded civil society/Non-Governmental Organizations and some political parties had been used in the operation. Dr. Aluthge said that some politicians had been bought over and used to cause turmoil and also to wrongly interpret the situation.

Meanwhile, close on the heels of AMS, seeking the SLMA’s intervention, Dr. Ruvaiz Haniffa, President of the SLMA, has proposed the immediate formation of a committee to examine the Medical Ordinance. Dr. Haniffa offered the services of SLMA as a facilitator to the process undertaken by the proposed committee consisting of all stakeholders.

Pointing out that the SLMC in accordance with the current Medical Ordinance comprised medical practitioners except for one representing the dental profession; the SLMA threw its weight behind those pushing for immediate revision of the composition of the SLMC. The SLMA asserted that a change of composition of the SLMC was of pivotal importance to ensure the rights of the public.

According to the SLMA, the current crisis in the SLMC couldn’t be considered as an isolated situation but ‘culmination of a series of events and processes occurring over a period of time. The SLMA recommended the reviewing of Chapter 105 of the Medical Ordinance with the focal point being the composition of the SLMC.