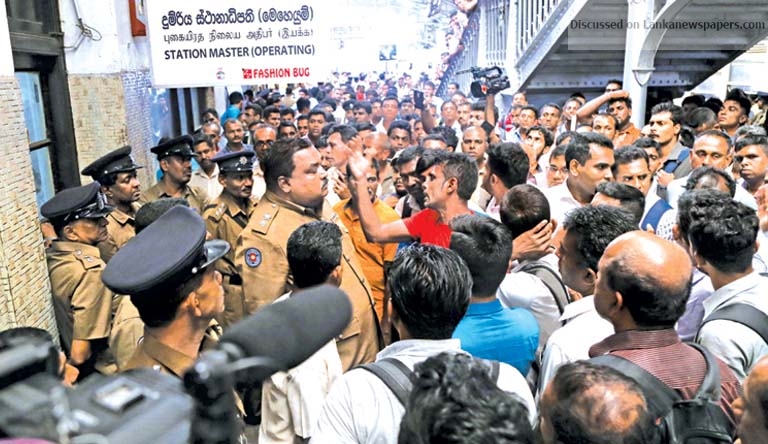 Several railway trade unions launched a strike from 3pm yesterday without prior notice against the latest Cabinet decision to suspend the Cabinet paper proposing the rectification of railway workers’ salary anomalies.

Railway services were affected with commuters due to depart home after work. Thousands of commuters were left stranded which resulted in a tense situation since the train services were cancelled without prior notice at the Colombo Fort and Maradana Railway stations.