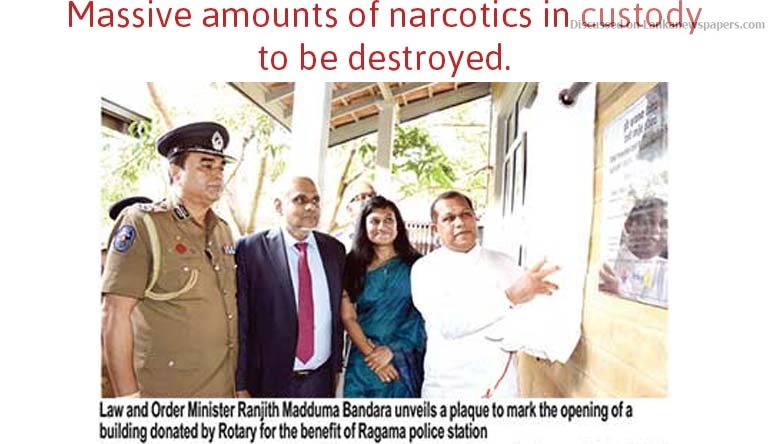 Law and Order Minister Ranjith Madduma Bandara on Monday (Aug 6) said that a foolproof and efficient mechanism was urgently required to destroy massive amounts of narcotics kept in the custody of the Government Analyst’s Department.

Addressing a gathering at the Ragama police station premises after opening a building donated by Rotarians, the minister said that he would brief the cabinet of ministers regarding the need to change the current system of keeping large stocks especially against the backdrop of accusations that stocks in custody were secretly removed.

Minister Bandara suggested that they could explore the possibility of destroying heroin under supervision while retaining samples required for investigation and prosecution.

Minister Bandara acknowledged that allegations as regards stocks of heroin taken into custody clandestinely being made available to the market couldn’t be comfortably rejected.(SF)