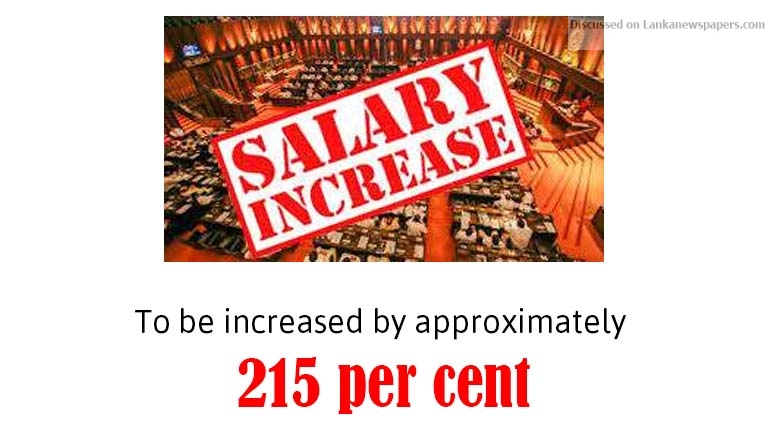 Salaries of ministers, deputy ministers, state ministers and all parliamentarians are likely to be increased by approximately 215 per cent to be on par with the recent salary increase given to judges, parliament sources said yesterday.

The sources said the salary increment would be effective from January this year and that it would be paid this month with the arrears.