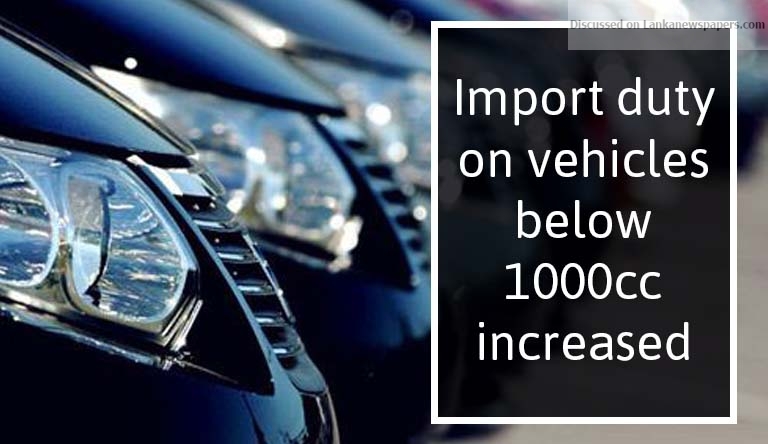 The import duty on vehicles which are less than 1000cc has been increased with effect from today (August 1), the Finance Ministry said.

However, this per unit tax is not applicable on importation of specified motor vehicles which had been imported based on Letters of Credit (LC) established on or before August 1, 2018 and cleared from Sri Lanka Customs on or before January 31, 2019.

Vehicle imported before that date will be subjected to the previous tax based on the engine capacity.