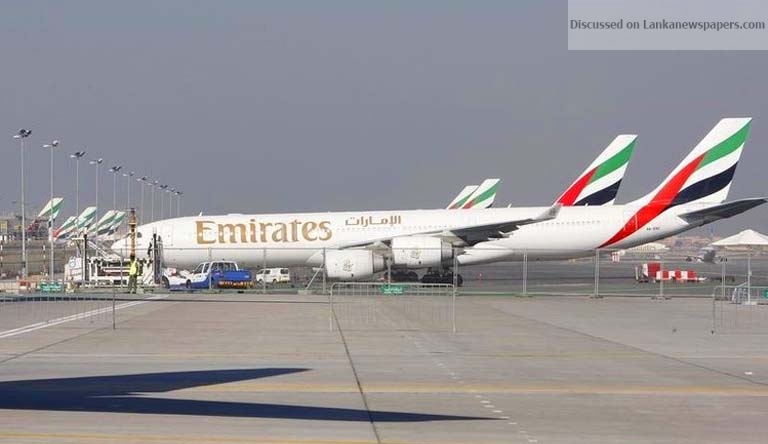 Shared held by Emirates in SriLankan Airlines worth $ 53 million were transferred to People’s Bank, National Savings Bank (NSB), and the Employees Provident Fund (EPF) after its nationalisation in 2010 without Cabinet approval, the Presidential Commission of Inquiry (PCoI) heard yesterday.

The documents presented by Secretary Thirukumar mentioned that Cabinet approval was only given to Bank of Ceylon (BOC) to acquire the shares owned by Emirates Airline, although shares were also acquired by NSB, EPF, and the People’s Bank.

Thirukumar, presenting documents on reacquisition of the national carrier, said: “The Cabinet decision for restructuring of SriLankan Airlines, and the purchase of shares owned by Emirates Airline, was given on 4 May 2010, and the Cabinet paper on 1 June 2010 refers to acquisition of those shares by BOC.”

She also said that at the SriLankan Airlines Board meeting held on 14 June 2010, the Board members noted that Emirates, who owned 43.63% of the company, expressed that they were willing to sell the shares to the Government. Thirukumar also noted that at a Board meeting of the airline on 30 August 2010, the Government had authorised BOC to acquire the shares held by Emirates Airline.

When the PCoI inquired whether the Valuation Department valued the shares owned by Emirates Airline, Thirukumar failed to answer, as documents related to the matter were not found.

It was also noted that a Cabinet memorandum, signed by former President Mahinda Rajapaksa, mentioned that BOC agreed to acquire 43.63% of the shares of SriLankan Airways at $53 million, and further agreed to finalise the transaction by or before 30 June 2010.

The PCoI noted that Cabinet approval was only given for BOC to acquire Emirates Airline-owned shares, although other institutions also owned shares owned by Emirates after the transfer. When the Commission queried Thirukumar whether there were any documents pertaining to a Cabinet approval given for other institutions to acquire shares owned by Emirates, she failed to answer, as the documents pertaining to the matter were not found in her file. The Commission requested more information on these matters to be presented at a future hearing, likely to be held on 6 August.

In the meantime, President Maithripala Sirisena extended the term of the PCoI by another five months to probe into alleged irregularities in connection with SriLankan Airlines, Mihin Lanka SriLankan Catering.

One thought on “Emirates shares of UL were transferred to State entities without Cabinet nod: Official”