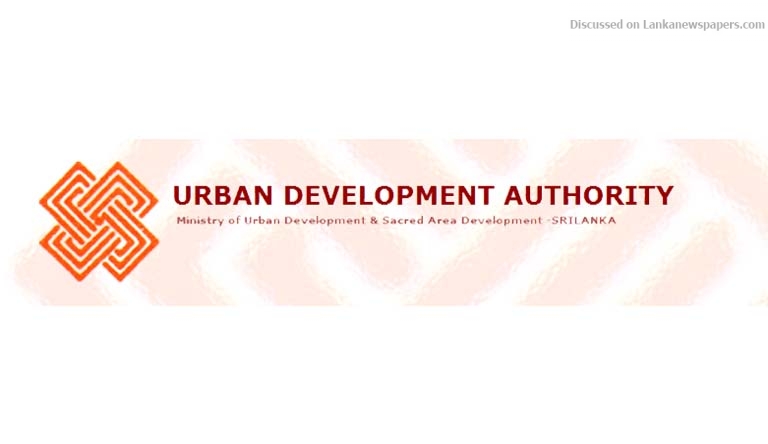 In the latest turn of events, Urban Development Authority (UDA) Chairman Dr. Jagath Nandana Munasinghe says that high rise builder, Blue Ocean Group has used his name without his permission in a sales brochure, stating that he is a consultant to them.

This was revealed when a team from the Mount Lavinia Residents’ Association (MLRA), at UDA’s Mobile Service last month held at the Independence Arcade Colombo 7 informed Mr. Ranawake that they had documentary proof in this regard in the form of a sales brochure. An MLRA participant told the Business Times that the present Chairman of the UDA was stated as a ‘consultant’ to the Blue Ocean Group which has been cited as a respondent in many legal cases for contravening UDA regulations when obtaining approvals and engaging in construction.

“A photocopy of the said Blue Ocean Group sales brochure was handed over to the Minister,” the MLRA participant said noting that this is a clear conflict of interest where the Chairman of the state regulatory authority is a consultant to the regulated company. Dr. Munasinghe had vehemently denied this saying that he was not aware that the Blue Ocean Group used his name.

The MLRA had informed the Minister that the association complained to the UDA Chairman and the Minister regarding condominium approvals and construction in the Mount Lavinia seaside area which contravened the UDA 2008-2020 Building Regulations for the Dehiwela Mount Lavinia Municipal Council Area a little under two years ago.

The Minister at that point advised the UDA‘s Enforcement Division to carry out a survey of this area in collaboration with the Sri Lanka Army Liaison Unit which was assisting the UDA.

“The UDA inspection teams visited Mount Lavinia on three occasions in mid 2017 and carried out the survey and determined that 12 condominium sites contravened the UDA Building regulations. The UDA Enforcement Team undertook to compile a report and present it to the senior management of the UDA. This report was presented to Dr. Munasinhghe in late 2017. But nothing had happened,” the participant said.

The report was to have been forwarded to the Legal Division of the UDA for action. However, the MLRA says that the Legal Division of the UDA never received the report. At the UDA’s Mobile Service the Minister requested the UDA Chairman to look into the matter and undertook to inform the progress on the matter to the MLRA in a week’s time. He had also advised the UDA officials not to grant Certificate of Conformation (COC) to completed apartment complexes which have contravened the UDA regulations. The meeting with the Minister ended with assurances that these issues will be addressed and MLRA informed in a week’s time, but nothing has happened so far, the MLRA members said.