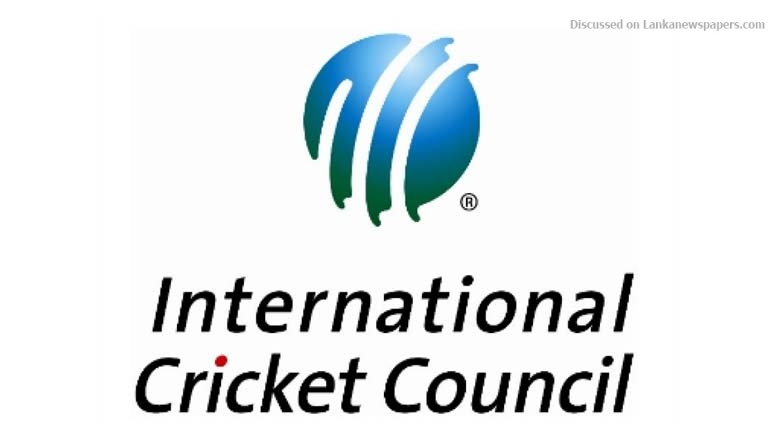 The International Cricket Council (ICC) has finally delivered its verdict on the ball tampering and transgression of the spirit of cricket incidents that took place in the Caribbean last month.

The ICC verdict to say the least is a slur on the image of Sri Lanka for as widely anticipated the maximum punishment under the laws of cricket has been meted out to the captain Dinesh Chandimal, coach Chandika Hathurusingha and manager Asanka Gurusinha.

In addition to the reputational cost, the financial cost for this folly will only be known when the broadcaster slaps West Indies Cricket with a claim for loss of revenue notwithstanding the fallout from current and prospective future advertisers. West Indies Cricket in turn are certainly likely to route this claim towards Sri Lanka Cricket (SLC).

Under such circumstances, trying to plead leniency on supposed technicalities was foolhardy at best. If at all it only made matters worse, as trying to palm off the blame for the delay on ICC officials was certainly not the smartest move.

It further demonstrates the lack of awareness and immature decision making on the part of SLC. The three individuals had already pleaded guilty, and incurring extensive legal fees against this backdrop to plead leniency did not make any sense. The cricket loving public would be interested to know how much was expended in terms of legal fees for this futile exercise, and if the individuals bore these costs or if this too was credited to the expenditure of SLC.

What is now needed to kick in and kick in fast is damage control. First and foremost, what needs to be salvaged and restored is the good image and the good reputation of the country that values and upholds the principles of sportsmanship. As pointed out in these columns, Sri Lanka ought to take a leaf out of the Australian Prime Minister’s book. The manner in which Cricket Australia addressed the ball tampering fiasco of the Australian team in South Africa with clear direction from its Prime Minster was exemplary and needs to be admired.

The first step was initiating an internal inquiry to get to the bottom of the ugly events that unfolded on the ground and identify the guilty parties. Once this was completed, the players’ responsible were severely dealt with, sending a clear message to the world of sports that Australia is not a country that practices a doctrine of winning at any cost nor a country of cheats.

In spite of the coach not been a party to this folly the public revulsion over what transpired was untenable for him to remain in that position forcing him to tender his resignation.

As a result of this decisive course of action and holding individuals accountable for their actions the sporting reputation of Australia was fully restored. There was hardly any mention of these shameful incidents during the recent series of ODI’s that were played in England.

This decisive action no doubt came at great cost for the proud Australian nation where they were whitewashed 5-0 in the series. However, this is a small price to pay considering the larger scheme of things where the spirit of cricket and sportsmanship supersedes the result of a game. This example further illustrates how true professionals behave in the face of adversity.

This Australian case study should propel our government and cricket authorities into action. Sri Lanka as a proud cricketing nation that has also been the proud recipient of the ICC spirit of cricket award in 2013 can ill afford to do anything other than demanding accountability. After all the people suspended over this ugly incident are all professionals and highly paid individuals. There has to be a domestic inquiry carried out by an independent committee in order to identify:

* Who instructed Dinesh Chandimal to apply an artificial substance on the ball?

* Was the decision to refuse taking the field made on instructions from the local authorities?

* If affirmative, who gave those instructions from Colombo?

* If otherwise what were the instructions issued to the team management from Colombo as television footage clearly showed consultations taking place over the phone.

* As intimated by the Minister of Sports no less, if the instructions given were for the team to take the field and carry on with the game under protest, why weren’t those instructions carried out?

* If there was dissent within the management team in refusing to carry out those instructions as some quarters appear to suggest, who made that call?

What one cannot ignore is the damage these unfortunate incidents have brought on the reputation of the captain Dinesh Chandimal. The sanctions and the 6 demerit points slapped on his disciplinary record is going to be a scar on his good name for the rest of his career. Will he ever be able to captain his country again?

The path the Minister of Sports and SLC ought to take is clear as day light. The question remains if the Minster and SLC will have the resolve to take this course of action and restore the proud sporting reputation of our nation. After all we are a nation that shies away from accountability like a plague, and no one should hold their breath. But, what we as a nation should remember is that Sri Lanka’s reputation is going to be tainted, and we will have to live with the ignominy of being reminded of this incident at each and every game we play henceforth.

Furthermore, SLC simply can ill afford to be seen exercising double standards when it comes to maintaining discipline. After all, a player was sent home and a provisional suspension issued on him for breaking curfew rules on tour during the series. This same yardstick needs to be applied when addressing these far more serious breaches of discipline. The absence of doing so shall smack of hypocrisy and result in serious repercussions on maintaining discipline among the cricket circuit in the future.

What SLC should avoid doing at all costs is to portray the actions of the team management as heroic as local culture of late has developed a penchant to do.

Making the team manager the fall guy for this extremely serious incident that brought shame on the country is not going to fly unless an internal inquiry is conducted, and punishment meted out to the people responsible.

If SLC chooses to turn a blind eye and take up the position that punishment has already been meted out by the ICC and they are allowed to remain on our management staff, each time these individuals are shown on the screen during a game, the foreign commentators are going to be taking digs at them at each and every game.

Does Sri Lanka a World Cup winning proud sporting nation have a stomach for such humiliation? Maybe not.