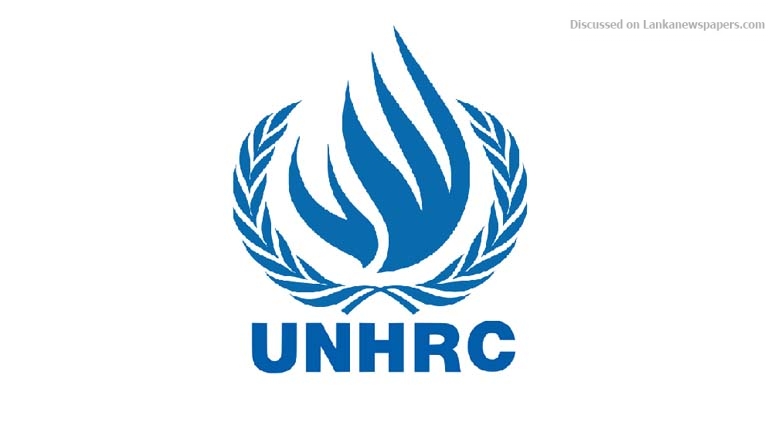 In spite of quitting the Geneva-based United Nations Human Rights Council (UNHRC), the US, as an Observer still can co-sponsor resolutions in respect of Sri Lanka or any other country.

US spearheaded October 2015 resolution that resulted in a spate of punitive measures targeting the military, in addition to security sector reforms.

Pointing out that the US had been the largest voluntary contributor to the Geneva body in 2017, The Island sought an explanation whether it could be deprived of required funding requirements, procedures adopted to fill vacancy created by US pull out and how US continue an active role as sponsor of Resolution 30/1 on Sri Lanka following the latest developments.

The Geneva spokesperson has sent us the following statement: “Prior to its withdrawal from the Human Rights Council on June19, the U.S. had been engaging very constructively at the Human Rights Council having spearheaded numerous initiatives, such as resolutions on freedom of expression, LGBT rights, protection of human rights defenders and civil society, and country situations in North Korea, Iran, Syria and Sri Lanka, among others.  As stated by Council President, Ambassador Vojislav Suc of Slovenia, the Council would certainly benefit from such continued constructive engagement, and regrets any lack thereof.

“On funding requirements, it is important to note that the Human Rights Council has no budget of its own.  The Council relies on funds drawn from the United Nations’ regular budget for the functioning of its meetings.

“You will have heard by now that on July 13 the General Assembly elected Iceland to fill the vacancy created by the United States.  Iceland’s membership on the HRC took immediate effect following its election.

As a non-member of the Human Rights Council, the United States is not able to vote on resolutions, but as an observer it still has the opportunity to co-sponsor resolutions.  This remains the sole prerogative of the United States, or any other State to engage in this manner, or not.”

Since the US quit the UNHRC, former US Ambassador Atul Keshap has repeatedly declared their commitment to the full implementation of the resolution. Having taken over the US mission in Colombo in 2015 August, Keshap oversaw the Geneva operation.

The second resolution on Sri Lanka at the UNHRC was passed without a vote in Geneva on March 23, 2017. The resolution was submitted by the United States with Montenegro, the former Yugoslav Republic of Macedonia, United Kingdom of Great Britain and Northern Ireland the main sponsors and Sri Lanka a co-sponsor.

Top Joint Opposition spokesman Dullas Alahapperuma yesterday told The Island that the Sirisena-Wickremesinghe government was determined to keep the Geneva project alive. Having twice co-sponsored resolutions against its own armed forces and war winning political leadership, the government was working closely with Western powers to haul Sri Lanka up before a hybrid judicial mechanism, MP Alahapperuma said.

Alahapperuma pointed out that wartime Foreign Minister Rohitha Bogollagama in spite of being Governor of the Eastern Province urged the government to renounce Geneva Resolutions. The former minister asserted that there could be more resolutions on Sri Lanka next year.

Responding to a query, Alahapperuma faulted the government for conveniently neglecting its duty and responsibility to defend the country. The Sirisena-Wickremesinghe duo badly let Sri Lanka down not only in Geneva but every international forum much to the disappointment of the people who greatly appreciated the huge battlefield sacrifices.