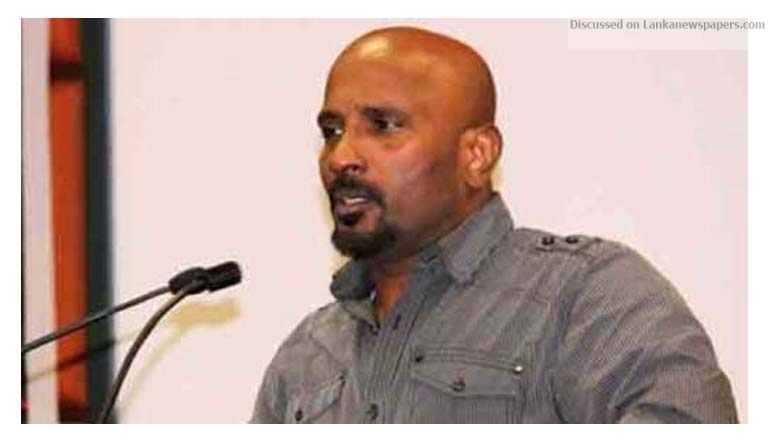 Frontline Socialist Party Leader Kumar Gunaratnam told a meeting in Kandy on Saturday (14) that the Sri Lanka-Singapore Agreement was a danger to the country.

Even laborers from neighboring countries could come to Sri Lanka through Singapore, Gunaratnam said.

Addressing the meeting at the Kandy Postal Auditorium, the Frontline Socialist Party (FLSP) leader said foreign workmen would create a problem of unemployment among the Sri Lankan workers.

The agreement between Sri Lanka and Singapore had not been properly discussed in Parliament and at the Cabinet, he said.

Gunaratnam blamed all political party leaders for not evincing a keen interest in developing the country and granting the public relief. Instead they were concerned about their return to power at future elections.

The JVP had helped the UNP to gain power purportedly to catch the rogues. But finally the government itself became a den of thieves and the JVP was silent, Gunaratnam noted.

The FSP Leader said that amidst the crisis situation the country’s political party leaders and their parties thought only about the 2020 presidential election. “There is uncertainty among almost all political parties. Mahinda Rajapaksa cannot contest. UNP leader Ranil Wickremesinghe will not succeed. President Maithripala Sirisena might be thinking that he will be able return to power again if he is fielded as a common candidate again.”

While issues like the Presidential election, return of the hangman to punish drug offenders and a statement by a minister in the north had been highlighted, the price of consumer goods were rising high and cost of living of the people was going up, Gunaratnam said.

In the meantime, an amendment to the Constitution had been brought by the JVP. The aim of the amendment was to help the Prime Minister.

The government did not honor the promises. The youth had been promised one million jobs but it had been reneged on.

Gunaratnam said the people had defeated Mahinda Rajapaksa in 2015, hoping that the UNP government would do better, but after three years now people wanted Rajapaksa back.

Fuel prices were being jacked up and the government was placing a heavy economic burden on the public, the FSP leader said.

Politicians and parliamentary democracy could not provide solutions to the problems of the people. What was required even at that stage was a people’s struggle. Let us all rally round for a struggle to win our demands and rights, Gunaratnam added.