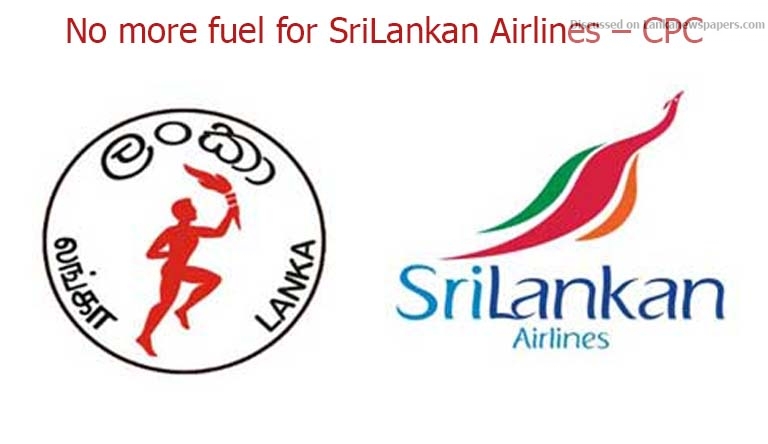 The Ceylon Petroleum Corporation (CPC) says that if the SriLankan Airlines does not pay the money that it owes to the CPC by Wednesday (July 04) that they would refrain from providing fuel. A spokesperson of the CPC said that a letter serving as a reminder of the due payments has already been sent to SriLankan Airlines.

The CPC provides fuel worth Rs 13bn to SriLankan Airlines on a credit basis, in accordance with an agreement signed between the two parties. However, at present, the CPC has provided fuel worth 14 billion on credit basis to the national carrier The CPC says that there is an outstanding payment of 8 billion rupees for the fuel that was purchased in 2008. The remaining 6 billion rupees is for the fuel purchased on credit at various instances after  2008.

The chairman of SriLankan Airlines, Ranjith Fernando says the Government should take steps to pay this money as it takes time for the restructuring process to yield results. While noting that discussions are being held with the government on the money that needs to paid to the CPC, the Chairman of SriLankan airlines noted that he has not received a letter to remind them of the due payments.

THE OTHER DEBTORS OF THE CPC