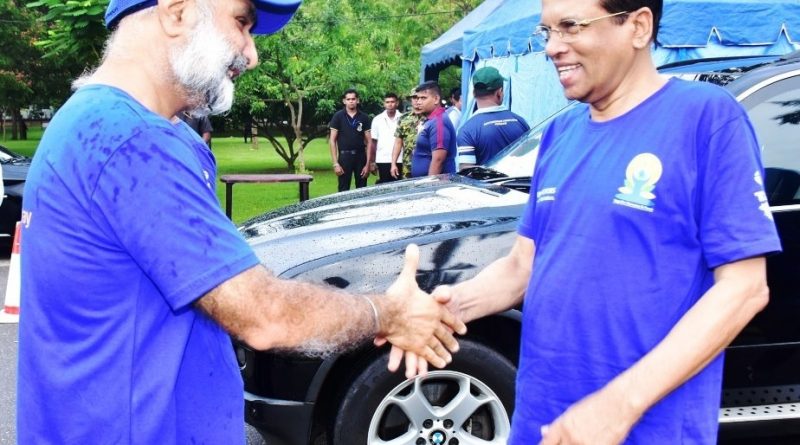 H.E. President Maithripala Sirisena and thousands of yoga enthusiasts celebrated International Day of Yoga at Independence Square in Colombo on June 23 despite rain. President practiced a number of yoga asanas and thanked yoga institutions in Sri Lanka for their excellent efforts. The event was attended by a number of Sri Lankan Ministers and officials, apart from public at large, including professionals, doctors, academicians and cultural personalities, cutting across all religions and ethnicities.