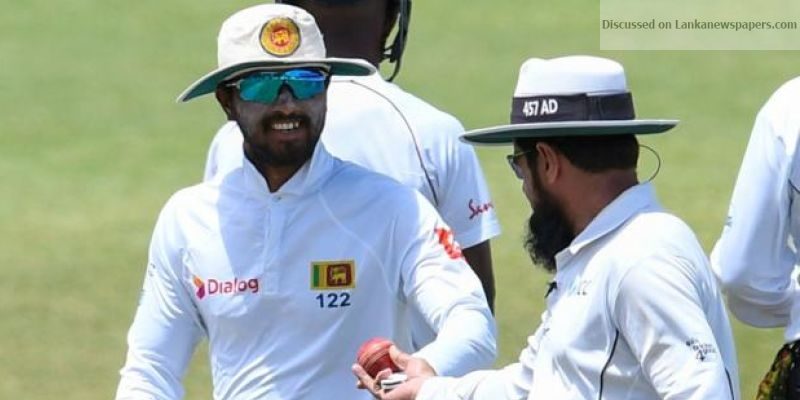 Sri Lanka captain Dinesh Chandimal has pleaded not guilty after being charged with ball tampering by the International Cricket Council during a series in the West Indies.

Chandimal will face a hearing after the second Test in St Lucia, which is scheduled to end today.

Umpires Aleem Dar and Ian Gould had raised concerns about the condition of the ball towards the end of day two.

In protest, Sri Lanka then took to the field two hours late on the third day.

Sri Lanka was told play could not continue with the existing ball.

In the end, the West Indies were awarded five penalty runs and the tourists eventually agreed to take to the pitch with the ball being changed.

Sri Lanka Cricket later released a statement denying any wrongdoing by its players.

The ICC said Chandimal was “charged for breaching Level 2.2.9 of the ICC Code of Conduct” which relates to “changing the condition of the ball”.