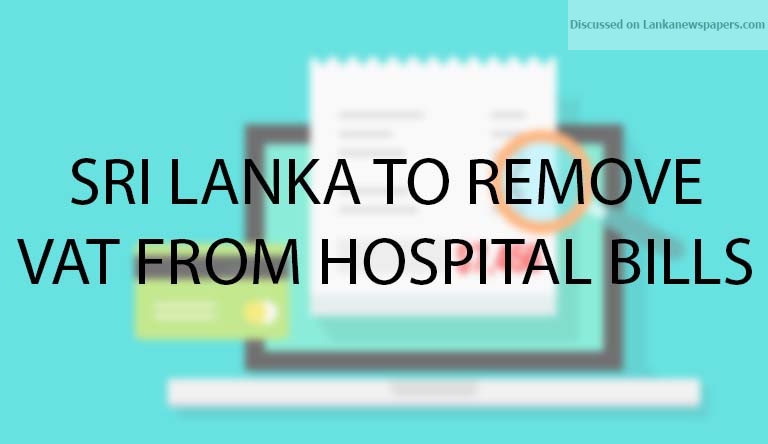 Sri Lanka will remove value added tax from hospital bills from next week, Finance Minister Mangala Samaraweera said in the wake of calls by President Maithripala Sirisena also to lift the tax.

Sri Lanka slammed a 25 value added tax on hospital bills while threatening price controls on private hospital bills and also depreciating the rupee in a bid to boost exports by improving ‘competitiveness’ which involves the destruction of real wages of workers.

Every person who goes to a private hospital, will save resources from the state hospital system.

Sri Lanka provides education and healthcare free, and also uses both services as an excuse to justify the existence of the state and the taxation system.

Though President Sirisena had admitted placed stumbling blocks proposed reforms of the United National Party that will free the common man from vested domestic business oligarchs who are exploiting them though import duties, some analysts say he was right to oppose the VAT on healthcare.

Instead of healthcare some analysts say VAT should be built into areas like energy, where people can contribute small amounts tax over time to pay for hospital upkeep. Hospital bills on the other hand are large and sudden.

A VAT on energy will also help the exports become competitive without destructive measures like currency depreciation.