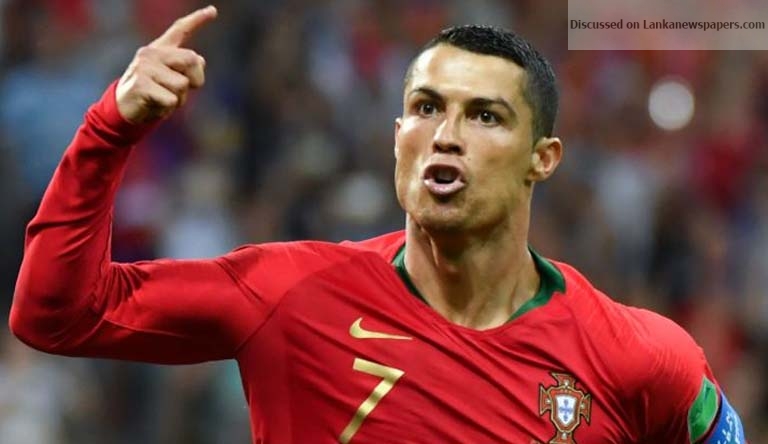 Cristiano Ronaldo produced one of the great World Cup performances as his dramatic late free-kick earned Portugal a draw with Spain in a classic encounter in Sochi.

The Real Madrid forward’s 88th-minute swerving set-piece soared into the top corner to deny the Spanish a much-needed victory at the end of what has been a painful week for them in the south of Russia.

Their build-up had been dominated by the shock departure of Julen Lopetegui as boss two days before the tournament started but by the final whistle at the Fisht Olympic Stadium there was only one name on everyone’s lips.

He had got the opener, too, a penalty in the fourth minute after Nacho felled him in the box, before Diego Costa’s bullying low finish dragged Spain back into the match when they were at their most vulnerable.

But just before the break David de Gea made a terrible and uncharacteristic error, fumbling a zipping Ronaldo shot through his gloves and over the line. Another dose of adversity for Spain to deal with.

Lopetegui’s hasty replacement, Fernando Hierro, saw his team respond through Costa again, the Atletico Madrid striker smashing in from Sergio Busquets’ knockdown nine minutes after half-time, before Nacho redeemed himself with a stunning volley from the edge of the area that crashed in off both posts and seemed to have given Spain victory.

Portugal’s captain had spent large parts of the second half as a spectator, powerless to halt Spain’s recovery, but he emerged from the shadows of this fascinating spectacle to define the game’s result and in doing so become just the fourth player to score at four World Cups.

It was a titanic performance, a one-man show from one of the world’s best, on the biggest stage of all.