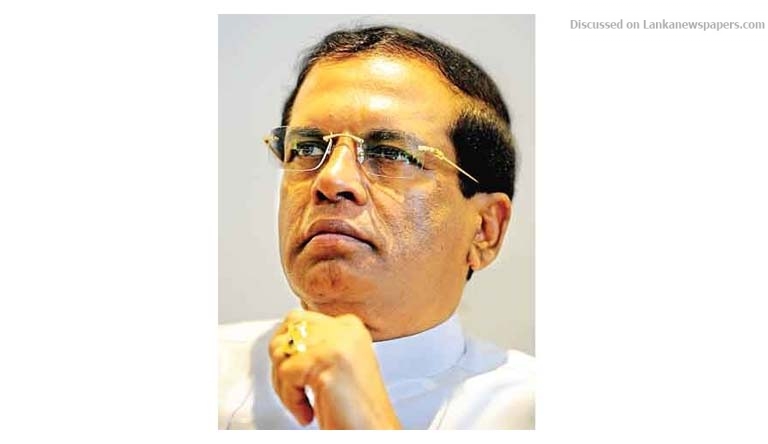 President Maithripala Sirisena has alleged that certain interested parties were interfering in the investigations into the Central Bank Treasury Bonds scam, by exerting undue influence on law enforcement authorities.

He made these revelations in an interview with our sister newspaper, the Sunday Mawbima in response to a question as to whether the involvement of high level political interference could be inferred from a statement he made recently, where he had said that he was being stifled and not being allowed to carry out his work in his capacity as President.
President Sirisena pointed out that as far as he was concerned, he would not in any way interfere with law enforcement authorities. The President added that the best example of undue influence on law enforcement authorities was evident in interference with CID officers, the Attorney General’s Department and the CBSL – the parties responsible to take legal action in relation to the ongoing investigations into the Bond scam.  When queried as to whether there was interference with regard to the non-disclosure of names of certain UNP politicians involved in the scam, President Sirisena replied in the affirmative. The details of which were mentioned in the relevant B report submitted to Court.
The President said that it was advisable for the law to take its own course so that law enforcement officers could act freely and carry out their duties.