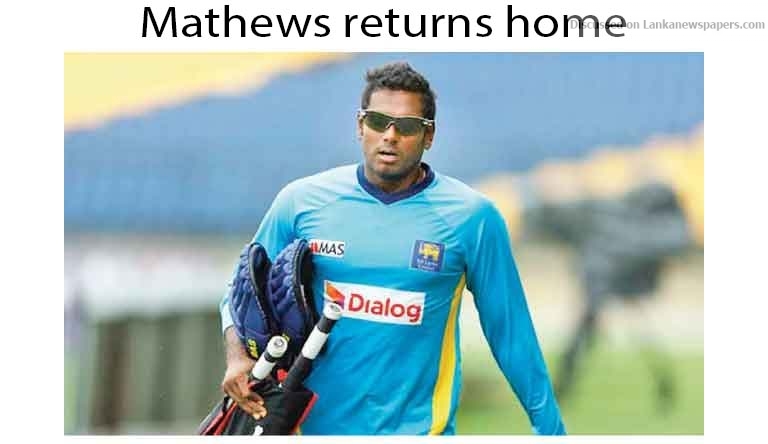 Angelo Mathews is scheduled to return to Sri Lanka due to an unexpected family requirement and will not be available to take any further part in the tour of the West Indies, Ceylon Today learns. His absence will make him a non-starter in the 2nd Test starting 14 June.
Mathews, who has already given his reasons and withdrawn from the Test squad, will be travelling back today or tomorrow. Mathews’ place is expected to be taken by Dasun Chanaka, who is likely to fly to the Caribbean.
In the meantime Dananjaya de Silva, who did not participate in the first Test, is expected to replace Mathews, who is just 44 runs short of reaching 5,000 Test runs.