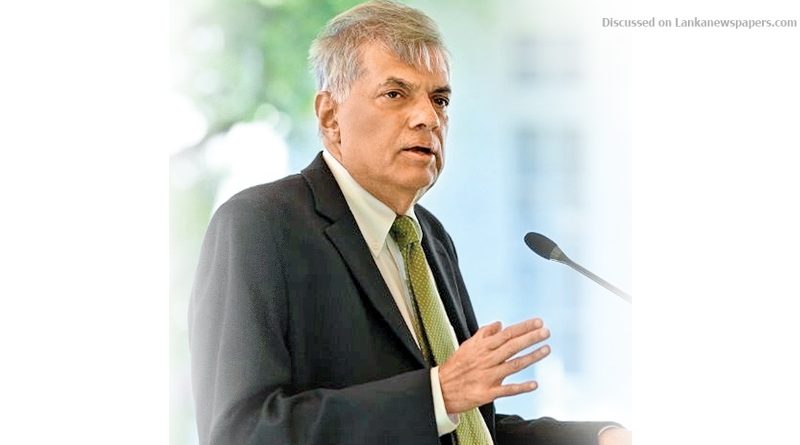 Former President Mahinda Rajapaksa who established a world record by obtaining massive foreign loans when in power has pledged to reduce taxes by 20 percent if elected to power again. But, he should disclose the ways and means he will devise to bring down taxes by such an amount, if the promise is genuine, Prime Minister Ranil Wickremesinghe said.

“This was three times more than the debt he inherited when he assumed power. As such, Rajapaksa held a record by increasing Sri Lanka’s debt burden thrice over. But the irony was that the present government had to pay for the sins of the Rajapaksa regime,” the Prime Minister said.

The Premier said Minister Kabir Hashim was attending that opening ceremony after attending the opening of another bridge at Millaniya.

“The government planned to set up a new Free Trade Zone in Millaniya in association with a company in Thailand,” he said.

“This was made possible due to the prudent economic policies adopted by the government. The government was taking steps to invite foreign investors to the country while increasing the country’s foreign exchange earnings,” Prime Minister Wickremesinghe said.

The Prime Minister said a majority of people were lamenting about an increase in the price of goods. Some people had been forced to pay a tax on house rent.

“They had adopted these measures in order to enable the country to repay its debts by 2023. If this was not done, the future of the country’s youth would be lost. However, the government hoped to amend this tax structure shortly and reduce the tax burdens of the people,” the Premier said.

The Prime Minister said he would pose one question to former President Mahinda Rajapaksa.

The question is how he would set about reducing taxes by 20 percent.