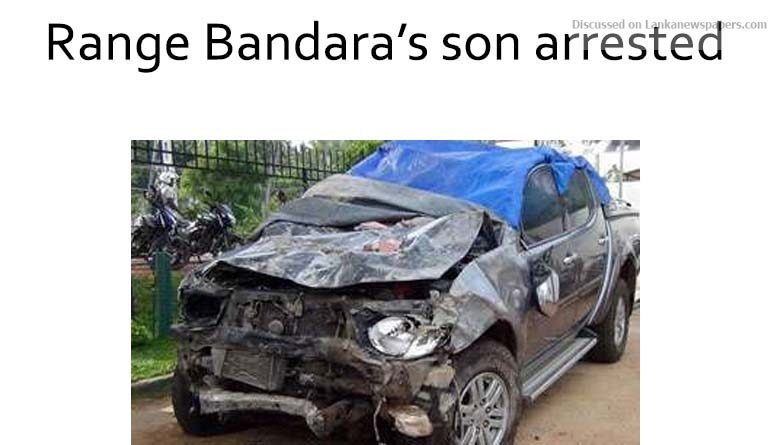 State Minister Palitha Range Bandara’s son Yashoda who was admitted to the hospital following an accident, has been arrested by the Police for driving under the influence of liquor and misuse of public property, police said.

Twenty five-year-old Yashoda and Puttalam Pradeshiya Sabha Chairman Anjana Sandaruwan were injured when their vehicle, belonging to the Irrigation Ministry, driven by State Minister’s son veered off the road and crashed into a house at Kottapitiya in Chilaw few days ago.

Police also found a sword and a liquor bottle from the vehicle.