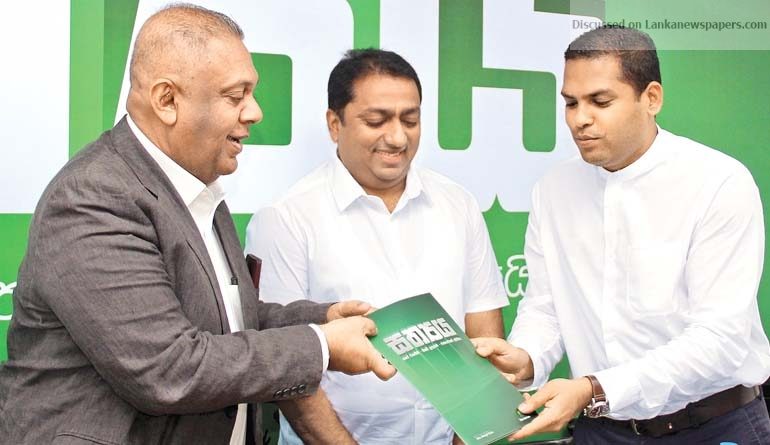 The present government deserves 100% credit from the people for establishing a mature democracy in the country within the last three years, Minister Mangala Samaraweera said yesterday. He also said that despite many persons criticizing the government for being weak, the same traits they identify as weaknesses are the characteristics of a mature democracy.

“I don’t believe even in the 1950s there was a democracy as what we have now. Anybody can criticize or write against this government. There is freedom to hold public protests just like in democratic countries. Within these three years, two Cabinet ministers stepped down from their posts. The Prime Minister was summoned before a Presidential Commission and he willingly gave evidence before the Commission. There was freedom to bring in a No Confidence Motion against the Prime Minister as well. This is what democracy is.”

“This is not a weak government. Strikes, disagreements and head changes are not weak characteristics of a government. What we have here is a mature democracy now.” Minister Samaraweera pointed out.

Drawing from the investigation presently carried out against the US President Donald Trump’s election campaign, Minister Samaraweera said it is the similar class of democracy that prevails in Sri Lanka at present.

Minister Samaraweera further said that the present government has taken all initiatives to strengthen the reconciliation process . He pointed out that Sri Lanka cannot be economically developed if the ethnic groups in the country live in tension and disharmony. “The present government has made an enormous contribution to the country’s reconciliation process.

The Minister also said that fake news have become the biggest threat to democracy in Sri Lanka as well as in the world.

He further said that certain groups were trying to portray truth as untruth and vice versa. While pointing out that the previous regime was a government that feared the word “Truth”, Minister Samaraweera said that the “Truth” campaign begins as a national movement that brings truth to the people.

He requested not to drag the country back to the dark era where the previous regime thrived.