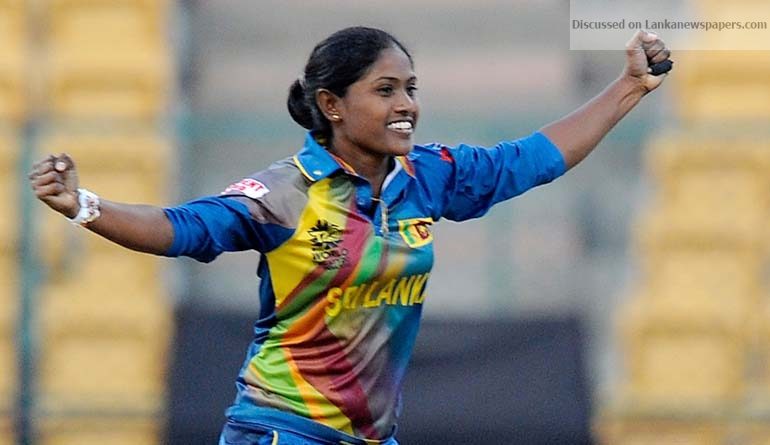 KUALA LUMPUR, Sunday: Sri Lanka kicked off their Women’s Asia Cup campaign in style, knocking Bangladesh over for 63 and then chasing down the target with five and a half overs to spare in Kuala Lumpur on Sunday.

Shashikala Siriwardene, back in charge of Sri Lanka after four years in the absence of the injured Chamari Atapattu, chose to bowl. Left-arm pacer Udeshika Prabodhani justified the decision almost instantaneously, having Shamima Sultana lbw off the second ball of the match. Partnering her with the new ball was left-arm spinner Sugandika Kumari, and she struck in her first over too. Bangladesh, reduced to 10 for 2, found it hard to recover.

Any chance they had was destroyed by a flurry of wickets in the 10th and 11th overs: first, the offspin of stand-in captain Siriwardene accounted for Bangladesh’s other opener, Ayasha Rahman; then, a double-strike from left-arm spinner Inoka Ranaweera rocked the middle order and sank the innings. Bangladesh managed to stumble along to the 20th over, playing but three of their allotted balls, but without too many runs to show for their doggedness.

Openers Yasoda Mendis and Nipuni Hansika steadily knocked 39 off Sri Lanka’s target of 64 to all but seal the game. Offspinner Khadija Tul Kubra kept chipping away, taking three wickets in four tidy overs, but Sri Lanka were never stretched. They cantered home in the 15th over, with six wickets intact.

Sri Lanka have been the runners-up four times in the six previous editions of the Asia Cup.

In the other matches concluded on Sunday, Mithali Raj’s unbeaten 97 powered India to 169-3 as they decimated Malaysia by 142 runs, and two-time Asia Cup runner-up Pakistan pulverized Thailand by eight wickets.