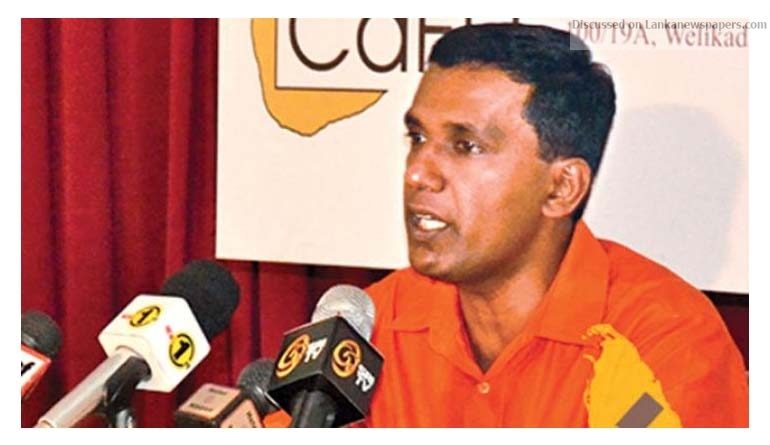 Campaign for Free and Fair Elections (CaFFE) and Centre for Human Rights and Research Sri Lanka (CHR) Executive Director Keerthi Tennakoon has sent a letter to Perpetual Treasuries Limited (PTL) Owner Arjun Aloysius and its CEO Kasun Palisena who are currently in remand, requesting them to release the names of 118 who had obtained funds from them.

The CAFFE Director in person has handed over the letter to the Prisons authorities today to be sent across to the mentioned recipients.

Keerthi urged the duo to release the names of the individuals including politicians to whom they have given financial gifts, donations, aids and monetary funds for election campaigns from their companies like PTL, W. M. Mendis Company and other related companies.

“It was learnt from the media and different sources that 118 individuals have obtained funds for different purposes. Reveal the names of those individuals who have taken funds from January 01, 2010 to December 31, 2017,” Keerhti wrote in the letter.

“As lot of MPs have been inconvenient due to the accusations that have been levelled against them without concrete facts, you both are entitled to reveal the real names of those who have taken money from you so that everybody would get the real picture of these series of incidents,” Keerhti added.

He urged them to release the names to Speaker Karu Jayasuriya as a secret document so that he would take necessary steps to release to the public domain.