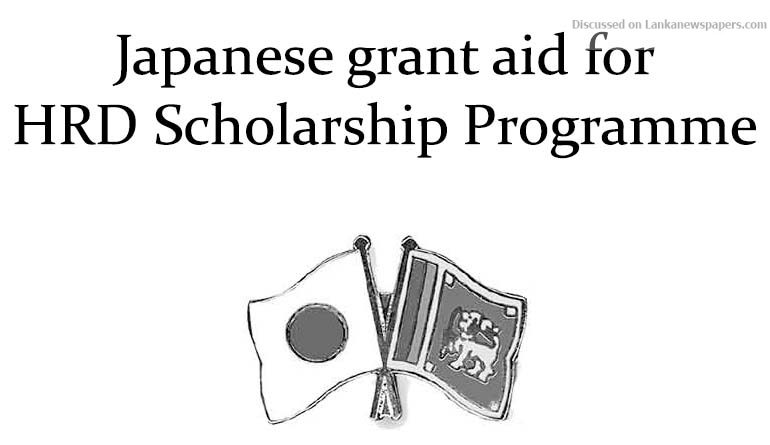 The government has received the cabinet approval to sign an agreement with the Japan International Cooperation Agency (JICA) to obtain a grant of Japanese Yen 265 million (Rs. 383 million) , in order to implement another phase of the Human Resources Development scholarship Programme.

The Japanese Grant Aid for Human Resources Development Scholarship Programme was introduced in Sri Lanka in 2010 by the Government of Japan in order to provide opportunities to the executive level public officials of Sri Lanka to undergo Master Degree Programs in prominent universities in Japan.

Accordingly, the proposal made by Prime Minister Ranil Wickremesinghe, in his capacity as the Minister of National Policies and Economic Affairs, to sign an Agreement with JICA to obtain the Japanese Yen 265 million grant aid was approved by the cabinet.

The Government of Sri Lanka expects that the public officers who will be benefited under this program will contribute to the social and economic development of the country in a productive manner with self-confidence. It is also expected to contribute to strengthen the bilateral relationship between two countries .