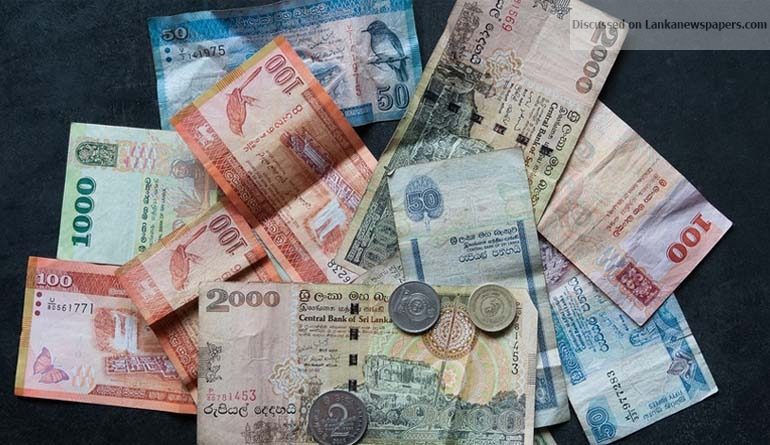 Sri Lanka’s rupee hit a low of 156.50 to the US dollar in intra-day trading Wednesday down from 155.70/80 last week, after the central bank cut rates and printed tens of billions of rupees below its ceiling policy rate to keep rates down as cash demand went up during a New Year holiday season in April.

The central bank is no longer intervening in forex markets but it is printing tens of billions of rupees to keep rates down and also supply cash which went out of the banking system during the New Year holiday season.

While cash going out of the banks in to the hands of customers, do not create balance of payments pressure, if banks loan out the printed money to importers, it will generate imports over and above dollar inflows, weakening the currency.

However market participants says this week there were relatively few exporters selling dollars in the market, though importers were buying dollars, which helped push the rupee lower. Many export firms were still closed after holidays, with workers given extended leave.

If importers used overdrafts refinanced with printed money the currency will fall. With printed money from the central bank, a commercial bank can give credit to importers and also provide cash to customers even if their deposits are insufficient.

It is now known that the Ceylon Petroleum Corporation is running losses.

If the losses were covered with state bank credit which is then re-financed with printed money from central bank’s recent term reverse repo auctions to buy dollars and pay for import bills, the rupee will fall. Under a deal with the International Monetary Fund, state energy utilities are not expected to borrow heavily to cover losses.

If the excess money printed is rapidly mopped up the rupee will stop falling, analysts say.

“Like East Asian nations with strong pegs and low inflation does during Chinese New Year, Sri Lanka should consider allowing banks to go short reserves during New Year, instead of printing new money. Then banks will not have printed money to lend,”

The central bank’s Treasury bill stock rose to over 70 billion rupees from 12 billion rupees over the past month, though most of the cash created had been absorbed by a real expansion in reserve money, which is now starting to contract.

On April 18, the central bank printed 15 billion rupees for another 8 days at rates as low as 8.17 percent, also below the ceiling overnight rate.

The central bank which is the only agency in the country that can create rupees (inflate the reserve money supply), is also the only agency that can put pressure on the currency, create inflation or credit and asset price bubbles.