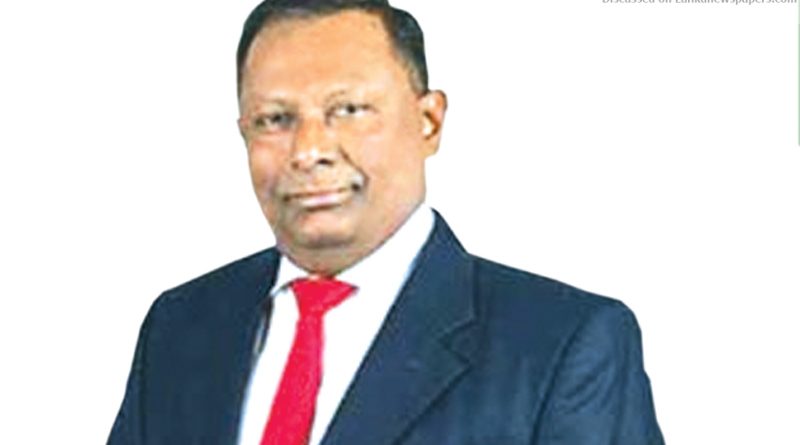 Sri Lanka’s 80-strong athletes’ squad returned with its biggest haul of medals at the Commonwealth Games – one silver medal and five bronze medals – with weightlifting and boxing providing the riches.

The success was welcomed by Subramaniam, the new president of the Sri Lanka National Olympic Committee, who recommended local sporting bodies should help pave the way for its athletes to take part in international competitions as much as possible.

“This is where victory is forged. We have to encourage and support our athletes to participate in overseas events that is the key to winning medals,” Subramaniam pointed out.

“Taking part in local competitions will not help an athlete raise the bar, to go beyond his personal best. The only way they can do that is to regularly compete against other athletes from other countries. At the Commonwealth Games we have shown that Sri Lanka has talent. Now it is up to us, the administrators, to make it easier for them to win medals,” Subramaniam added.

Weightlifter Indika Dissanayake led the way for Sri Lanka at the 21 st Commonwealth Games when on the second day of competition he lifted 297 kg in the Men’s 69kg event to win a silver medal. His effort complemented the two bronze medals won on the opening day by Chaturanga Lakmal, Men’s 56kg, and Dinusha Gomas, Women’s 48kg.

Thilanka Kumara, in the Men’s 62kg, and Chamari Warnakulasuriya, in the Women’s 53kg, also set national records as they were narrowly beaten finishing fourth in their respective classes. Ushan Charuka also lifted 329 kg to set another national record in the Men’s super-heavyweight category but could only finish eighth.

There was more success for Sri Lanka in the ring with boxing queen Anusha Kodituwakku, Thiwanka Ranasinghe and Ishan Bandara winning bronze medals to take the overall tally to six. It could have been better. Army lance-corporal Bandara could consider himself unlucky after he twice knocked his Indian opponent Gaurav Solanki to the canvas in the opening round in the Men’s 52 kg class but was edged out in a split decision.

Kodituwakku came up against Indian boxing legend Mary Kom and despite a brave performance in the semi-finals finished second best while Ranasinghe also fought valiantly against England’s Galal Yafai. Both Kom and Yafai went on to win gold medals in their respective categories proving how difficult a hurdle they were.

There were success stories elsewhere too, even if they didn’t finish in medals glory. In the pool. Sri Lanka’s Matthew Abeysinghe narrowly missed out reaching the final of the Men’s 100m freestyle. Abeysinghe set a national record of 49.11 seconds in the heats but failed to produce this same time in the semi-final, 49.43 secs, which was the ninth fastest time. Only the top eight made it to the finals.

“What was most encouraging was to see many personal bests and national records being set. This shows our athletes are constantly improving and striving hard to raise the bar,” said an impressed Subramaniam.

It was the case in athletics when the Men’s 4x100m relay team – Himash Eashan, Shehan Ambepitiya, M. Ashroff and Vinoj de Silva – set a national record of 39.08 secs to finish a creditable sixth.

In badminton, the men’s doubles pairing of Sachin Dias and Buwenaka Goonethilleke reached the bronze medal playoff but failed to get the better of their Malaysian opponents in a straight games loss.

“It was a creditable performance all round, not only those sports who won medals but others too. It is now up to us, the administrators to make it easy for them, especially when it comes to team selection.

The athletes must have faith in the system and should be picked on regular performances rather than one-off trials.

And it is very crucial that they compete against the best overseas,” Subramaniam stressed.