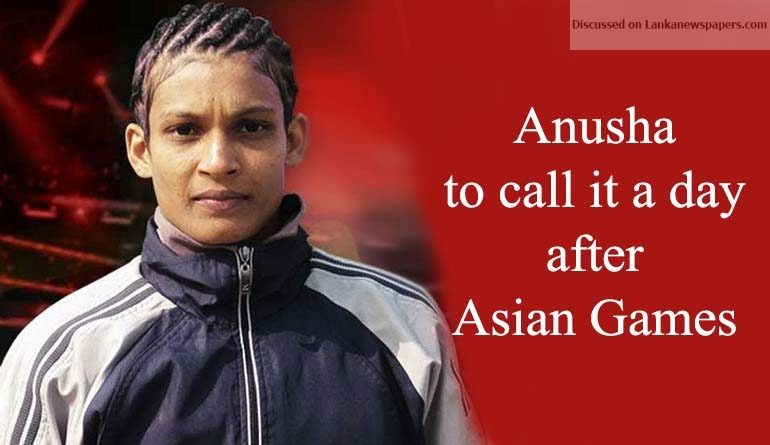 Boxer Anusha Kodithuwakku who broke the hoodoo to produce Sri Lanka’s first boxing medal in 68 years and maiden women’s boxing medal in the recent Commonwealth Games in Gold Coast, Australia said she will retire from the 17 year professional sports career after the Asian Games later this year.

Kodithuwakku who produced a bronze medal in the 46-49kg weight category lasted all three rounds against India’s five time world champion Mary Kom in the semi-final: even though she could not go into the final, her win in the quarter-final was enough to seal a bronze medal.
Resident of Giriulla, Batapothuela Anusha said “Producing the medal in the Commonwealth Games in boxing after 68 years wasn’t a small task. There are a lot of coaches around this win. Harsha Kumara is the first coach who gave me gloves and taught me to box.  Amunugama sir helped me a lot.

But, it’s Dian Gomes (Boxing president and former MD of MAS) who created the boxer Anusha Kodithuwakku. He is the real owner of this medal. He made my future. Also, I have to remember MAS where I’m employed now. Even though they are a private company they spent a lot of their own money for the betterment of Sir Lankan sports. Especially, the service they do for boxing is immense “said Anusha.