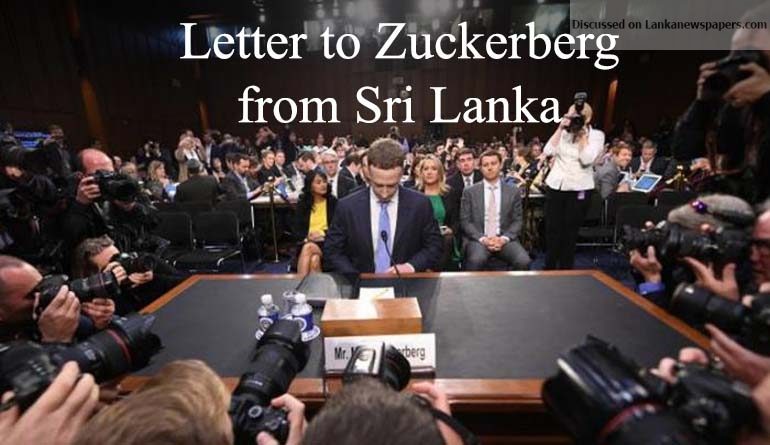 “We are very pleased that Facebook recognises that there ‘is no place . . . for hate speech, incitement to violence, and other content that violates . . . Community Standards’”, said the Centre for Policy Alternatives, one of the groups that signed the letter.

In the wake of the Cambridge Analytica scandal, the letters calls for action “to ensure Facebook’s Community Standards are implemented in local languages and contexts”.

It goes on to say that following clashes between Muslims and Sinhalese Buddhists, Sri Lankan authorities blocked access to the social networking service to prevent the spread of fake news.

In March, a Facebook delegation met with Sri Lankan government officials to stop harmful content on its service, which has six million active users per month in Sri Lanka.

In a letter signed by Shivnath Thukral, Public Policy Director India and South Asia, Facebook noted that “we are committed to taking concrete steps to address misuse of our platform in Sri Lanka. We [. . .] will continue to engage with a diverse group of stakeholders, including the Sri Lankan government and civil society organizations like yours, to curb hate speech and deepen our understanding of local context.”